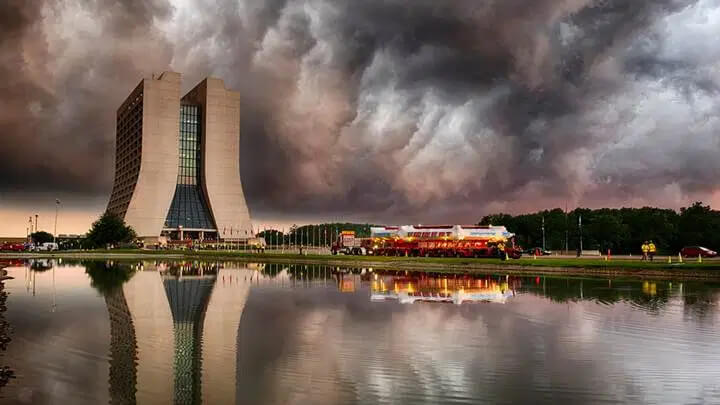 Researchers at Fermi National Laboratory, or Fermilab, in Illinois, have found new evidence suggesting that a subatomic particle called a muon does not follow known laws of physics and indicates existence of the fifth force of nature.

Exposed to a strong magnetic field as it was sent around a 46-foot magnetized ring at Fermilab, the team found that the muons wobbled in totally unpredictable ways that were not at all expected, surprising the researchers.

According to the Standard Model, the fundamental theory of how particles interact established in the second half of the 20th century, these motions can usually be measured and predicted in extreme detail.

It is a watershed moment for the field of quantum physics. If confirmed, the results obtained by the experiments at Fermilab could rewrite the way we understand the fundamental laws that govern physics – at least as we know them today.

“This amount that we measure reflects the interactions of the muon with everything else in the universe,” said Renee Fatemi, a physicist at the University of Kentucky and director of the experiment, in an official statement. “But when theorists calculate the same quantity, using all the known forces and particles in the Standard Model, we don’t get the same answer.”

“This is strong evidence that the muon is sensitive to something that is not in our best theory,” Fatemi added.

But what force of nature is causing the muon to wobble? The researchers suggest that they may be sources of matter and energy that have not yet been understood and is not explained in the Standard Model; in other words, a fifth fundamental force of nature that would add to gravity, electromagnetism, as well as the force of weak interactions between nuclei.

“After the 20 years that have passed since the Brookhaven experiment ended, it is very gratifying to finally be solving this mystery,” Fermilab scientist Chris Polly, who worked on both experiments, said in the statement.

There is still a chance that Fermilab’s new measurements are wrong – one chance in 40,000, to be exact. That means scientists still can’t officially claim it as a discovery by the standards of physics, as the New York Times notes.

Polly also said that so far only less than six percent of the data collected by the Fermilab experiments has been analyzed. “Although these early results tell us that there is an intriguing difference from the Standard Model, we will learn much more in the years to come,” he said.

Still, physicists around the world are delighted. “Clearly, this is very exciting because it potentially points to a future with new laws of physics, new particles, and a new force that we have not seen to date,” concluded the researcher at the University of Manchester and leader of the experiment in the United Kingdom. Kingdom, Mark Lancaster.