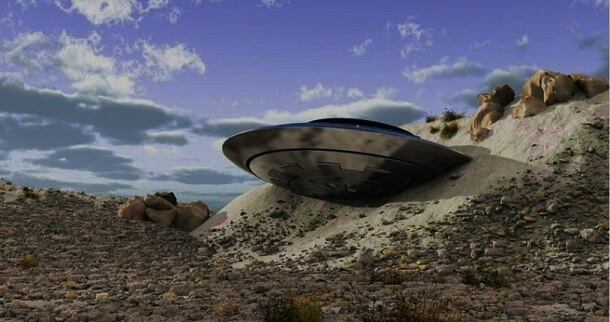 Six months after Roswell, another strange sighting out in the vast Southwest desert was reported. There have been more than 3,000 recorded sightings in Arizona, alone, since 1950, but this one is peculiar. The incident took place just north of Phoenix in early October 1947. Not only was a UFO supposedly sighted crashing into a desert mesa just off Highway 51, its crashed craft discovered among the desert shrub the next day, but the remains of alien beings were also allegedly recovered! UFO lore says the remains were collected and frozen until Army officials retrieved them. We’ll have to wait in suspense until the Army releases the evidence.

Alien conspiracy theory has it that the government built the Dreamy Draw Dam in order to bury the evidence of the UFO and its extraterrestrial passengers. Conventional conspiracy theory contends that the dam, not built until 1973, was not a plot to cover up a UFO visit but built to prevent flooding into local neighborhoods. And, since the site is located on an old mercury mine, some theorize, prolonged effects of mercury on the nervous system might have caused hallucinations, like seeing UFOs and its inhabitants preserved. A group-psychosis explanation cannot be overruled in some of these cases!