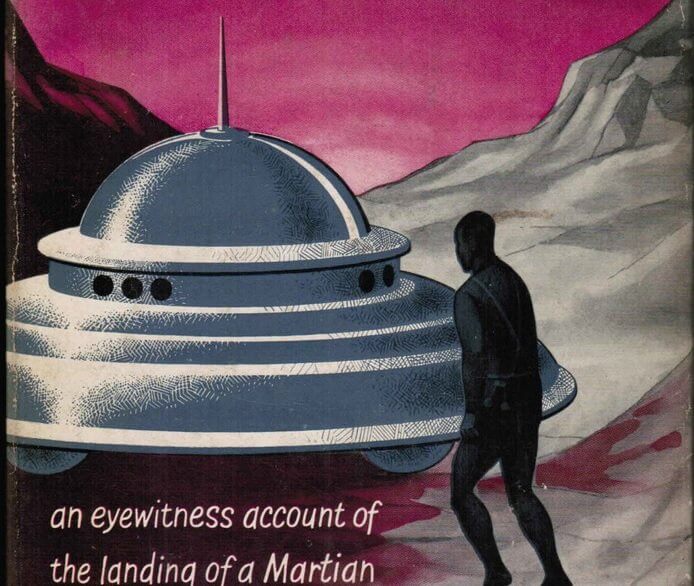 In 1955, Flying Saucers From Mars, a wildly popular book written under the name of Cedric Allingham, captured worldwide imagination. The author, who claimed to be an amateur astronomer and birdwatcher, told a story of a flying saucer sighting in 1954 and his direct contact with its captain, a human-looking Martian. Communicating via mental telepathy, the alien relayed its history, that it had come from Mars and had visited the moon and Venus. Blurry photos of the Martian and its saucer was pictured in his book.

Flying saucer stories were immensely popular in the fifties with dark images of alien spaceships often plastering front pages of tabloid media. Allingham’s book hooked public attention instantly. The only catch was, Allingham was not a real person, but rather, a created persona by astronomer and prankster Patrick Moore. The prank was apparently excellently executed. A hoodwinked science fiction book reviewer gushed, “I can say this: as a book, Allingham’s “Flying Saucers From Mars” is by a long, long way the best written, sanest, most unimpassioned and convincing that I have seen to date [. . .].” Going on, “It has none of the occultism that is making other Saucer treatises ridiculous.”