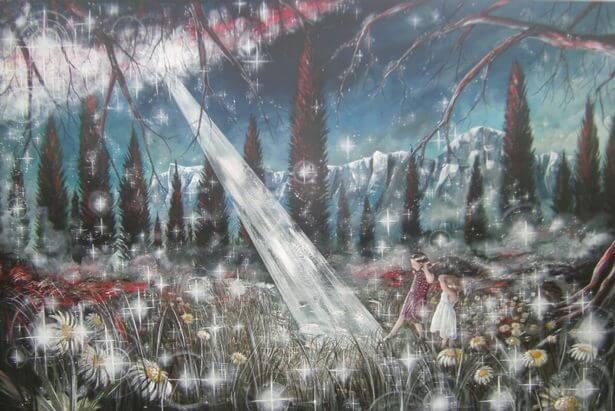 Many people capitalize on their encounters with self-promoting media attention, and some make stories up toward that end. In 2014 Lloyd Canning told the British press that he was abducted by aliens in 2005. He said he saw a “massive” spaceship hovering over his car, after which he began receiving ideas projected directly into his head. He said, “I have had these crazy visions that just come over me.

When they happen it’s like I don’t have a choice—I just have to paint them.” He went on to say, “I think I was chosen because I was an artist, and they know they could channel through me.” In total, he claimed to be visited by six different UFOs with beings who he imagined might have come to visit through wormholes from a parallel universe or as time travelers from the future. A month later Canning posted the truth on his Facebook page, it’s out there. He lied. Just kidding.