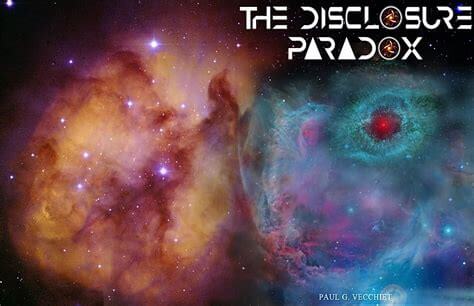 Paul Vecchiet was born in Italy, arrived in the US at the age of three, settled in Chicago for a couple of years, then moved to the southwest suburb of Hickory Hills. He went to Catholic School the entire eight years of elementary school. After graduating high school, was admitted to UIC for architecture. Earned a degree in design in 1981. He joined the Air Force in 1982 and got commissioned as a Second Lt. He is currently working for the US Army Corps of Engineers in Winchester, VA.

Leslie Wilkins-Hillerman is a consultant for Paul Vecchiet “The Disclosure Paradox”/ Independent Contractor, Leslie is a trained psychic remote viewer. She was trained by Angela Thompson-Smith in 2003. She has worked as an Independent Contractor since and has been involved with the projects of some of the other viewers. Specialties: Health, Search and Rescue

Leslie is a Consultant/Independent Contractor in the field of Remote Viewing, and she is also an advocate for Alternative Healthcare. Remote Viewing (RV) is a skill by which a person (a ‘viewer’) can perceive objects, persons, or events at a location removed from him or her by either space or time. In other words, one does not actually have to be there, nor does one need any so-called ‘physical’ connections, such as television, telephone, etc., to gain information about the target.