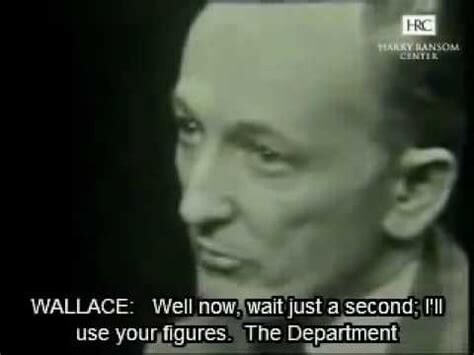 I came across this highly intriguing interview. Well worth your time to watch. Don Keyhoe was one of the most respected men to speak out about UFOs during the 1950s through the late 1970s.

Donald Edward Keyhoe (June 20, 1897 – November 29, 1988) was an American Marine Corps naval aviator, writer of many aviation articles and stories in a variety of leading publications, and manager of the promotional tours of aviation pioneers, especially of Charles Lindbergh.

In the 1950s he became well known as a UFO researcher, arguing that the U.S. government should conduct appropriate research in UFO matters, and should release all its UFO files. Jerome Clark writes that “Keyhoe was widely regarded as the leader in the field” of ufology in the 1950s and early-to-mid 1960s.
Posted by Richard