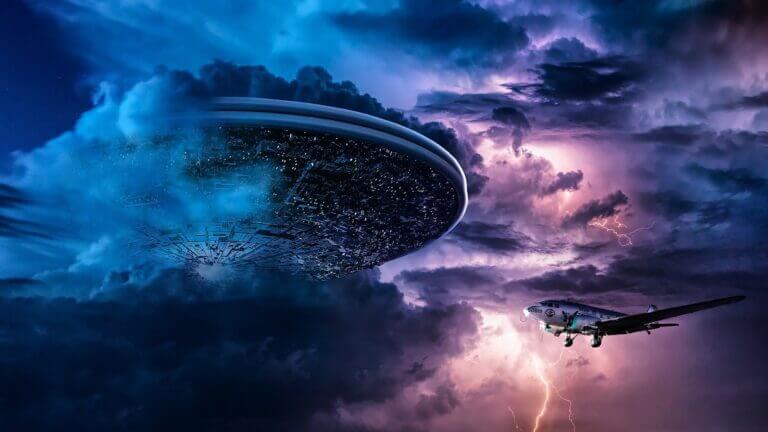 In terms of UFO activity, 1952 was a busy year, with waves of UFO sightings taking place across the planet. One of those incidents played out in early December, toward the end of the 1952 wave. The incident involved an entire crew of a B-29 Bomber, who, both visually and on radar, noted six separate incidents as they flew back to base around 100 miles off the Louisiana coast.
What’s more, the incident remains unexplained as far as the United States military is concerned, at least officially. Perhaps of further interest, other sightings of very similar craft involving United States military aircraft would continue into the opening weeks of 1953, with each of them having an extraterrestrial reconnaissance feel about them.
Were alien beings monitoring the United States, and perhaps other countries’ militaries during the years following the carnage of the Second World War and the growing threats of the Cold War?

The Gulf Of Mexico incident, and the others we will examine, are perhaps especially intriguing given the recent video leaks that have been confirmed as authentic, and just might prompt researchers and investigators to examine such incidents once again almost three-quarters of a century after they took place.

Was there an effort by an extraterrestrial presence to monitor the military activities of the United States, and possibly those of other countries during this time? If that is the case, what might the reasons be for such an alien mission?

Might these potential alien races, as many UFO researchers have suggested over the years, have been alerted to the sudden destructive capabilities of humanity following the annihilation of Hiroshima and Nagasaki in August 1945? Is this the reason for the sudden surge in UFO sightings in the late 1940s that continued into the fifties and beyond? And might this be why there is an apparent specific interest in military and nuclear facilities by these apparent cosmic visitors?

Or might it be that such an interest in military hardware was a chance for these possible aliens to “size-up” the military weight of the human race, perhaps to assess how we might respond if they should attack? Given that we would suspect these extraterrestrial visitors would have the technology – including weapons – light years ahead of our own, the fact no such attack has happened might suggest they are not aggressive and warlike.

Or might these speculative alien assessments have led to the claimed secret meetings between world leaders, specifically those of the United States, which led to an equally secret deal between humanity and this alien race?

Of course, all of the above is speculation. What we know for certain, though, is that multiple trained pilots witnessed something very strange that, for the most part, they couldn’t explain. Nor could, despite “probable” explanations put forward by them, Blue Book investigators. We should perhaps remind ourselves of the desire of those at the top of Project Blue Book to undermine the sightings they were investigating.