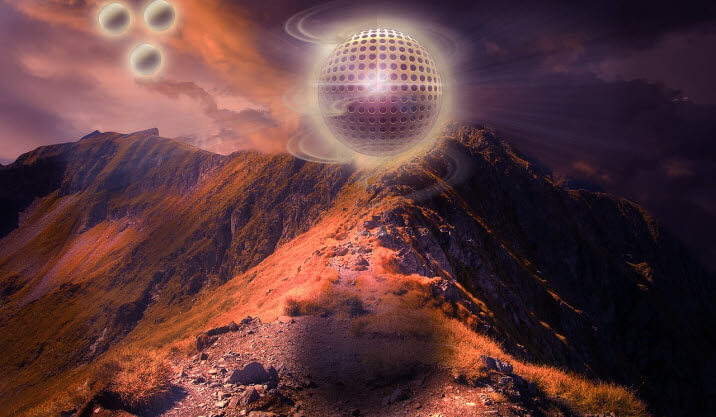 UFO testimonies are not a modern thing. A testimony from 1768 is available for all to read and draw conclusions in the nobility department of the national historical archives in Toledo, Spain (Seccion Nobleza del Archivo Histórico Nacional). The testimony speaks of a flying ball that transforms into a fire and sparks. Also, at the end of the incident the witness describes a loud noise that made the buildings tremble.

“On the clear morning of September 18th 1768, at about 6:45 a globe appeared on the horizon of the town of Calahorra del Marquesado del Cenete in the kingdom of Granada. The globe was crystal, more clear than water with a shape of a bottle and with an expanded neck at the lower part. It rose from the south and with significant speed traveled towards the North  where the Baza mountain range lies. The object left behind two trails of thick smoke until it exploded and turned into fire and sparks similar to those emitted by  the rockets of lights over the mountains of Baza.

The moment the sphere came undone, those that witnessed it heard a tremendous sound and then the two smoke lines became one for a while until it vanished. The noise was so strange that people were filled with fear and astonishment as they noticed that building shook. The thundery noise lasted as long as the phenomenon which would have been approximately six minutes. Its elevation was considerable as it was told that it could be seen from here and from Alpujjara which is south; where they saw it come from the sea.”

Could this have been some type of experiment of the time or something not of this world?