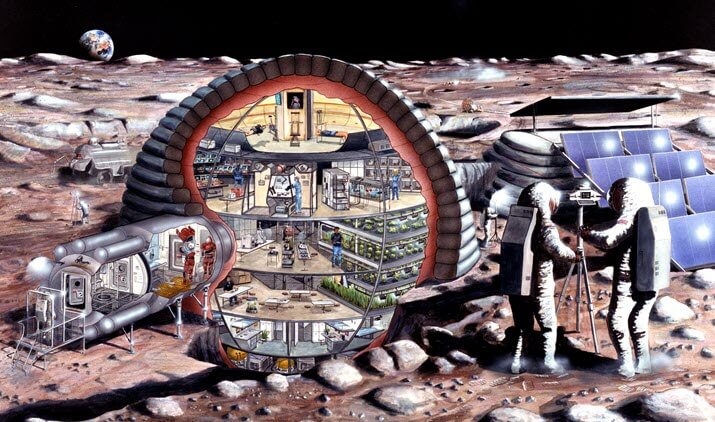 According to the title of a declassified report sent by the US Department of State Bureau and European Affairs on January 24th 1979 to Samuel L. Divine (at the time vice chair of the house Republican conference) the US had a lunar base that was destroyed by the then Soviet Union.

According to Wikileaks the document was declassified in 2012 but the actual content of the report is not available; only the report title and that seems to have been edited (click here to view the report record). If we only have the report title available and a few meta-data (such as origin of document, dates and receiving authority) that strongly indicates that authorities have the power to disclose whatever they please.

The next thought that emerges is; then why just the report title? Is this intentional or were the document owners forced by laws to give out at least the title? Most probably those involved know that even if this is published the majority of people will never know or wonder about it because they get their news/information from the “official” mainstream channels of information and are too preoccupied living their “normal” lives and focusing on anything that could potentially disrupt their way-of-living and being.

If a secret US base was destroyed by the Soviets that immediately indicates the existence of a secret space program and potentially of a stars war between counties. The official nature of the document, the secrecy behind the content and numerous claims of individuals of having sees bases on the moon indicates that there is something significant behind all this.