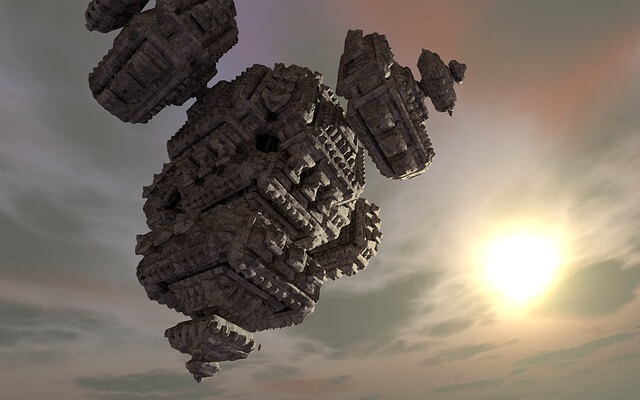 UFO sightings are not a recent phenomenon. UFO sightings have been recorded by many ancient civilizations including the ancient Romans. In this article we outline some of them.

Chariots in the Sky

Jewish historian Josephus wrote around 65 A.D. about a  sighting over Judea: “On the 21st of the month Artemisium, there appeared a miraculous phenomenon, passing belief. Indeed, what I am about to relate would, I imagine, have been deemed a fable, were it not for the narratives of eyewitnesses and the subsequent calamities which deserved to be so signalized. For, before sunset throughout all parts of the country, chariots were seen in the air and armed battalions hurtling through the clouds and encompassing the cities.”

The Greek biographer and historian Plutarch (46-120 AD) provides us with a historical testimony of a UFO sighting at a battlefield during the third Mithidratic war (75-63 BC). The testimony can be found in Ploutarch’s book “Lucullus” (in Greek ΛΕΥΚΟΛΛΟΣ).

The original extract describes the incident in the following words:

” when he faced (Lucullus) the enemies, he was amazed by the number of people and wanted to avoid and delay the battle. As Marios who was dispatched from Iberia  by Sertorius to help Mithridatis as a sergeant together with a military army challenged him (Lucullus), he got set for battle. While marching towards the conflict, without any observable change happening, the air opened and appeared a rapidly descending object resembling a flame, which appeared like a vase in shape and like a glowing annealed metal in color. Both armies, frightened by the sighting withdrew. They said that this happened in Phrygia, near to what is known as Otries.”

In 150 A,D a report from an area right outside of Rome (near Via Campana) described “ On a sunny day a beast like a piece of pottery about one hundred feet in size, multicolored on top and shooting out fiery rays, landed in a dust cloud accompanied by a maiden clad in white.”