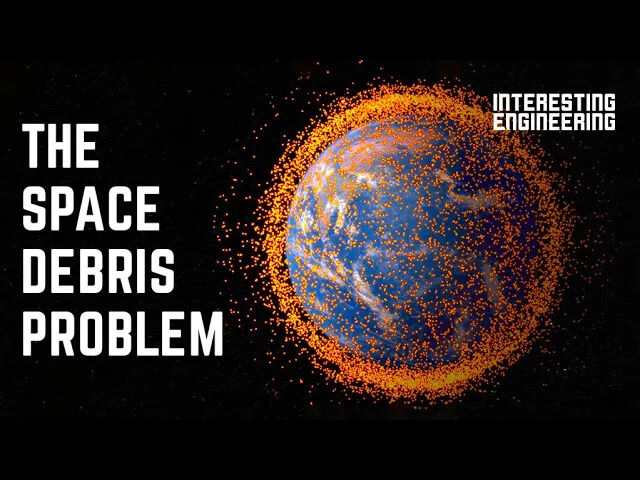 Interesting Engineering
Satellites are extremely useful. They assist with global communications, GPS navigation, and even the gathering of weather information. However, they end up generating a significant amount of space junk. At this time, the Earth is being orbited by over 128 million objects larger than a millimeter in diameter. This space debris is dangerous due to the possibility of colliding with working satellites and even the International Space Station (ISS). In fact, a fleck of paint damaged a window in the ISS in 2016. Apart from that, there are a lot of satellite remnants. Consider the fact that we have been launching satellites into orbit for more than 60 years. Until now, we have placed more than 11,140 satellites in Earth’s orbit. Only 3,372 of these satellites are currently operational, implying that the remaining ones are merely a waste of space. Due to the fact that we are continuing to launch more and more satellites into orbit, this problem is becoming increasingly severe. Over the next few decades, SpaceX hopes to launch a constellation of 42,000 satellites. Additional companies such as Amazon’s Project Kuiper, the OneWeb Corporation, the Chinese company Hongyan, and the Canadian company Telesat are planning to launch thousands of satellites into Earth’s orbit as part of their own initiatives. How can we possibly control the amount of debris that ends up in space with all of the missions that are planned in the near future? How can we avoid the potentially deadly and life-threatening accidents that can occur as a result of an excessive amount of space junk? In our video on space debris, we provide you with the answers to these questions as well as additional information. This is a video that should not be missed.