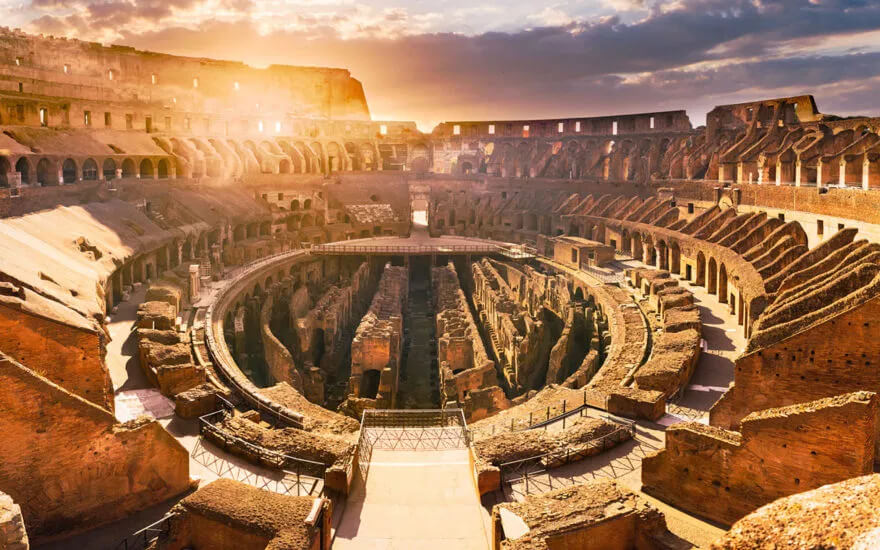 Ancient history has always been interesting.
We are always eager to learn about the ancient civilizations that once inhabited our planet Earth.
The more we learn about the past, the more we become intrigued by it as we discover the secrets that are not mentioned in the books of history.

Something highly surprising has been discovered in South Africa, to 150 Km west of the port of Maputo.
To be specific, the remains of a large metropolis of around 1,500 square kilometers has been found.

The Historical Finding Of The Hidden Anunnaki City

It is believed by the researchers that the ancient Anunnaki city was built between 160,000 and 200,000 BC as a part of an even larger community of approximately 10,000 Square kilometers.

The site is quite remote, however, no one has ever known who made these structures and when?

The investigator Michael Tellinger teamed up with the local firefighter and pilot Johan Heine to explore the site and upon analyzing the basic structure of the site, he came to the conclusion that the importance of this site has been evidently underestimated.

“When Johan first introduced me to the ancient stone ruins of southern Africa, he had no idea of ​​the incredible discoveries we would make in the following years. The photographs, artifacts, and evidence we accumulated, point towards a lost civilization that has never before been and precedes all others – not for a few hundred years, or a few thousand years … but many thousands of years.”

It is believed by Michael that this discovery could challenge the mainstream history we study in our textbooks.

Interestingly, the ancient city is surrounded by several gold mines.
It has been suggested by the researchers that a vanished civilization from the distant past, could have lived and proposed in that part of the world while mining gold.
This and other shreds point to the Ancient Anunnaki:

The timeline of Annunaki descending on Earth as per the writer and pseudoscientist Sitchin:

Due to the catastrophic fights on Nibiru, the atmosphere of the planet began to deteriorate and it became an unfavorable place to live.
Gold was needed by the Annunaki to repair the damage done to Nibiru.
It is believed by the researchers that we can use gold nanoparticles to repair the atmosphere so it is believed that they were planning the same.

The Annunaki descended on Earth and established their base in Eridu, with the intention of extracting gold from the Persian Gulf.
They were led by Enki, son of Anu.

When the production of Gold declined, Anu landed on Earth along with his other son, Enlil.
Anu ordered the gold mining to take place in Africa and promoted Enlil in charge of the Terran mission.

In total, seven developed nations in Southern Mesopotamia.
The most important developed nations were “Sipar”, “Nippur” and “Shuruppak”.
After the metal was refined, the ore was transported from Africa with ‘ships’ and sent into orbit.

If you wish to take a look at these magnificent structures on Earth, use the following coordinates:

Some of these structures have been exposed to climate change which resulted in physical damage.
These structures mostly consist of stone circles buried in the sand and are only observable by plane or satellites.

“I see myself as someone quite open-minded but I admit that it took me over a year to figure it out, and I realized that we are actually dealing with the oldest structures ever built by man on Earth.
The main reason for this is that we have been taught that nothing of significance has ever come from South Africa. Powerful civilizations all emerged in Sumeria and Egypt and other places. “

It is believed by Tellinger that the Sumerians and even the Egyptians inherited all their knowledge from an earlier advanced civilization that lived at the southern tip of Africa more than 200,000 years ago that is mining gold.

Michael Tellinger firmly believes that Adam’s calendar is also left by the advanced ancient civilization.
Detailed images were carved into the hardest rock, worshiped the sun, and are the first to carve an image of the Egyptian Ankh – key of life and universal knowledge, 200,000 years before the Egyptians came to light. Tellinger presents this groundbreaking new evidence in which is released in his latest book Temples Of The African Gods.
It graphically exposes these discoveries and will undoubtedly be the catalyst for rewriting our ancient human history.

What do you think about this finding? Is it really a hidden anunnaki city?