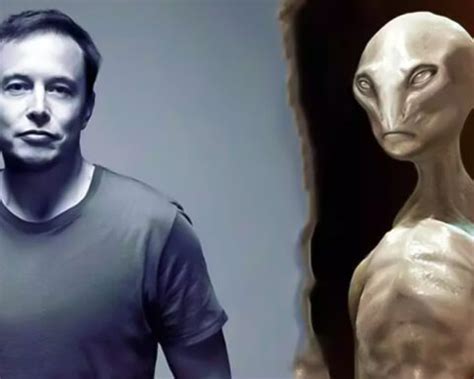 “To the best of my knowledge… there is no direct evidence [of] alien life [on earth],” Elon Musk recently said in a new interview with Joe Rogan. Rogan was hoping Musk would know (or at least hint at) the existence of these cosmo beings but Elon only responded by shaking his head, saying “no”.”Somebody’s gotta at least have an iPhone 1 level camera,” he added. This rings true considering all the UFO footage that the Pentagon released last year and CIA’s UFO files which were released recently. The Pentagon’s grainy black and white footage revealed a hovering figure. Although the unidentified flying object was evident in the footage, it’s still unclear if it was the work of an extraterrestrial being.As the CEO and founder of SpaceX, the first private company to launch a spacecraft to reach the space station and send humans to space, Musk would most probably know if aliens do exist. He has mastered multiple fields namely rocket science, engineering, transportation and aerospace. Apart from SpaceX, Elon is also the CEO of Tesla Motors and The Boring Company. He is also the co-founder of Neuralink and OpenAI. Currently, Elon’s prowess and success have earned him the title “Richest Man in the World”.

One would think that the copious amount of alien studies, footage, and documents that we have would finally answer the questions we have been asking for years. But these discoveries are only revealing contrasting finds made by scientists and astronomers alike.

In 1979, American mathematical physicist Frank J. Tipler strongly insists that aliens do not exist and that humans are the only intelligent species to exist in the galaxy.

Recently, Harvard postdoctoral researcher Shmuel Bialy and astronomer Avi Loeb believe to have found proof of alien life through the existence of the Oumuamua. In a study, they mentioned that it could be an active solar sail made by an extraterrestrial.

THE FASCINATION OVER ALIENS

For so long, humans have been fascinated by extraterrestrial life. Some of us long to find aliens greatly that they are willing to fund projects that seek life beyond earth.

This fascination also heavily reflects our culture. The films we’ve produced, the books we’ve written, and even songs we’ve played have used aliens as central characters and topics. The highest-grossing movie of all time is currently The Russo brothers’ Avengers: Endgame. It surpassed James Cameron’s Avatar. So it appears that both movies depict a reality wherein aliens—or any being that lives outside the earth—are the pivotal characters.

When Musk was asked how often he thought about aliens, he chuckled and answered “Zero”. Maybe the SpaceX co-founder would change his mind one day if aliens do reveal themselves.Although some might disagree and find Musk’s statement quite unnerving for someone who encourages becoming multi-planetary, his statement still holds true; there is still no concrete evidence of intelligent life on earth.But when the time comes, Elon will most likely be in the know, and you’ll probably hear it first on his Twitter feed.