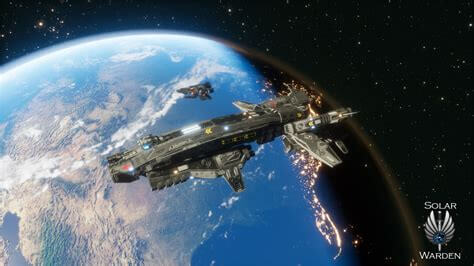 The secrets of UFOs, anti-gravity technology, and alien artifacts found in the past demonstrate that governments hide something that can cause huge chaos around the world. Why Nikola Tesla’s dream of free energy was never fulfilled? We have no answers, but his biographer wrote about his contact with extraterrestrials. Even during the Nazi’s prime time in the world war, people saw anti-gravity technology-based crafts. At the beginning of 2000, British hacker Gary McKinnon got so fed up with the government hiding information related to UFOs and free energy that he decided to hack the most secured servers of NASA and the Pentagon.

It is unimaginable how someone could hack the US most secured servers of the Pentagon used by the military and NASA. His curiosity about UFOs and the existence of extraterrestrials brought great news to conspiracy theorists and UFO researchers.

McKinnon said that he had found the evidence of the following:

1. Information about the development of a secret space fleet and inexhaustible source of power existed for these secret spaceships.

2. He said that he had seen real photographs of UFOs in computer files at the Johnson Space Center Building. He even took a screenshot of one of the cigar-shaped UFOs in-between space and the earth’s atmosphere. Unfortunately, it was removed from his computer after being seized.

3. Interestingly, before releasing any photos, he said that the government used Photoshop to edit out the UFOs from them.

For over 10 years, the US government had been demanding the extradition of McKinnon from the UK. But if it had happened, then McKinnon could have used his legal rights to appear in the court. This could be a disaster for the Pentagon as well as all its military and space activities. In 2012, his extradition request was denied by the British government, and all cases against him had to be dropped.

In 2010, UFO researcher and investigator Darren Perks requested the United States Department of Defense to reveal information about the secret program known as “Solar Warden,” using his freedom of information. The department responded to him. He wrote:

I have run your request through one of our space-related directorates and I’m waiting on one other division with the Command to respond back to me. I will contact you once I have a response from the other division. Did NASA refer you to us?”

Solar Warden referred to a secret space program that is claimed to be funded by a secret black budget. Now, here are two opinions on it: some people say it is just a fantasy, while others believe it is real and has been in operation since 1980, hiding from public eyes.

Gary McKinnon claimed to have found extremely classified information in which he learned about the existence of “non-terrestrial officers,” “fleet-to-fleet transfers” and a secret program called “Solar Warden.” He did not say that those were aliens but he believed that the US military has a secret battalion in space. According to him, “The Solar Warden Space Fleet” had/has been operating by the US Naval Network and Space Operations Command (NNSOC). Besides, around 300 army personnel were involved in the program.

It was rumored that he had named the two ships: USSS LeMay and the USSS Hillenkoetter in one of the folders. Interestingly, the US navy ships have only two letters ‘S’ but he saw three ‘S’. It was presumed that they stood for the United States Space Ship.

“I found a list of officers in the ‘Non-Terrestrial Officers’ section. This does not mean aliens but the fact that they are not based on Earth. They were serving a fleet that was not American Navy ships, but spaceships away from our planet,” McKinnon said.

Once, the sixth man to walk on the Lunar surface named Edgar Mitchell said:

“I suspect that in the last 60 years or so, that there has been some back-engineering and the creation of this type of equipment, which is not nearly as sophisticated yet as what the apparent visitors have.”

If Solar Warden is real, the US military has the technology several generations ahead. McKinnon pinpointed DARPA (Defense Advanced Research and Projects Agency) saying that the agency’s main motive is only to dominate space.