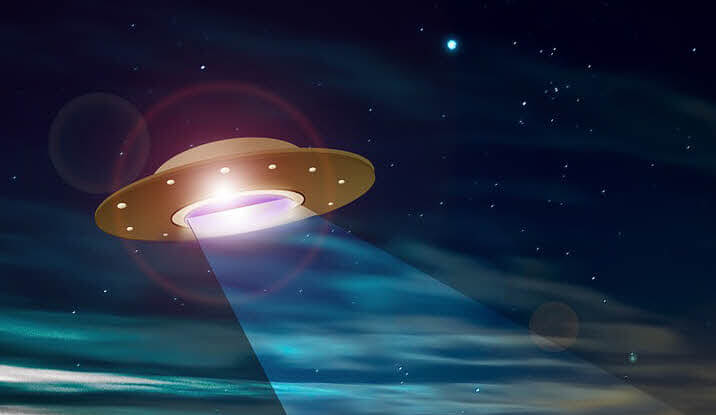 In August of 1954 two sisters, Edith Jacobsen (24) and Asta Solvang (32) experienced an encounter with what we could only describe as an alien spaceman. The encounter was brief with simple interactions but impactful. It seems, that the strange spaceman which looked like a human-being only wanted to demonstrate to the two sisters that he was not from this planet.

It was a bright sunny day and the two sisters had gone berry picking. It was early afternoon and while walking across a marsh they saw a man at a distance. They thought it was another berry-picker but noticed that he was not carrying something. As they got near the unknown man smiled and held out his hand. One of the sisters also held out her hand but the man only brushed his palm against her´s. He began to to talk but the sister´s did not recognize the language. They later claimed that it did not resemble any language they knew or had ever heard (English, German, Russian, Spanish, French or Scandinavian languages). The language was soft and melodic with a few consonants.

The sisters immediately felt at ease as the man they had in front of them emanated friendliness and peacefulness. At no moment did they feel threatened. The stranger was of medium height; had regular facial features a dark skin and long hair. The sisters described his hands as expressive and beautiful with fine and long fingers (with no rings). He wore a a overall with a broad belt. The blouse fitted closely to his neck but was otherwise loose.  Although they did not observe shoes they realized that his clothes did not bear any buttons, seams or zippers.

As they could not understand each other, he produced something to write with. He drew some circles pointed out over the moor and then at the sisters, then at himself and finally at another circle as if in an attempt to indicate that he came from somewhere else outside the Earth. He then made a sign to them to follow him. They followed him and a after a few minutes they saw a disc shaped craft, it was grey-blue with a diameter of 3 meters and a height of 1,5 meters. The sisters did not initially perceive the object as a craft as they had very few references (we are in the 1950s) but more as a curious artifact.

They approached the object but after reaching a certain distance the man made a sign not to come closer. He opened a small door on the top of the rim´s disc and and entered the craft. The disc produced a humming and started to ascend slowly while rotating on its axis. At about 30 meters, the object started to rotate faster, hovered for a few moments and then shot off vertically at a tremendous speed and disappeared from sight.

It then dawned on them that what they had just witnessed was a case of flying saucers (flying saucers was the most common way to describe UFOs during the 20th century); a subject that they had read about but never thought much of it.  There are mainly two things that make this case interesting. Here we have a case of a human-like visitor that does not communicate through telepathy nor speaks the local language (like in so many other cases) and has apparently landed with a single occupant craft.The case was widely covered in Norway during 1954.