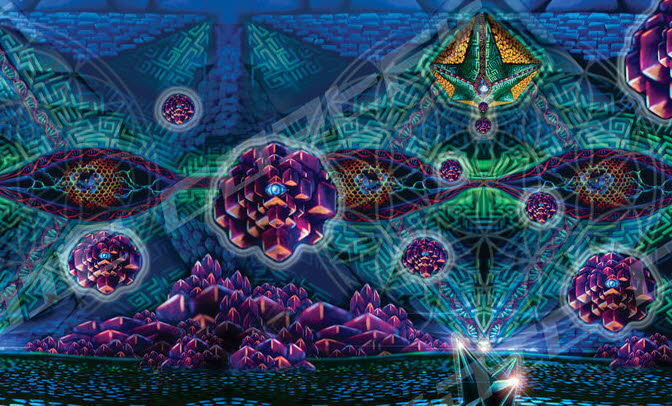 Between 1990 and 1995, Rick Strassman, a clinical psychiatrist conducted a series of DMT experiments. His findings were amazing and may provide an explanation to the phenomena of near-death-experiences and alien abduction. DMT (dimethyltriptamine,  is a naturally occurring substance that has psychedelic properties. It can be found in nature (plants and animals) but it is also in our bodies.

The current information points to the pineal gland as the center from which dimethyltriptamine is produced. This is highly probable as research on rats demonstrated high concentration of DMT in their pineal glands. Also according to Rick Strassman the pineal gland contains all the precursors, enzymes and building blocks to produce DMT.

In his experiments, Strassman administered DMT to a number of  selected subjects. He noticed that a significant proportion of the people that took part provided testimonies of their “trip” that shared similarities with the typical testimonies we find with alien abductions and near-death-experiences.

During their DMT trip about half of the participants met with beings in other worlds that seemed alien-like (i.e. they looked like insects, serpents). Among some of the subjects, there was a sense that these beings were taking advantage of the temporary DMT state to communicate and conduct experiments on the participants. Others reported floating in a tunnel and experiencing a complete loss of ego; out of body feeling and meeting with various entities. Also, many of the participants  indicated that these experiences felt more real than real and are were not dream-like or mere visuals.

Rick Strassman´s experiments and conclusions are described in his book ” DMT: The Spirit Molecule”. You can find further details by clicking on the image below.There is debate regarding the extent to which DMT could be associated with these experiences but when you put the facts together the hypothesis that this naturally occurring chemical compound is in someway associated with alien abductions and near-death experiences (NDEs) is a plausible and worthy of further research. It could be that DMT is somewhat accountable for these types of experiences but that other parameters are also at play. It may even be that pure DMT invokes or opens up particular dimensions that provide experiences similar to NDEs and alien abductions but are not actually the same.

If most alien abductions take place when asleep it could be that certain individuals produce an excess amount of DMT while asleep. Maybe, once we reach a certain threshold of DMT production we open the doors to other dimensions. Under DMT we may access other dimension and at the same time allow other beings to interact with us. Some believe that what we refer to as “aliens” are not physical beings but inter-dimensional beings. Could it be that they take advantage of our elevated DMT levels among other things to interact with us?

We are still not sure why we have DMT in us. Could its purpose be to access other dimensions, mystical experiences and connect with our divine side? Why are we wired to receive this information and experience other realms? Surely not a coincidence.