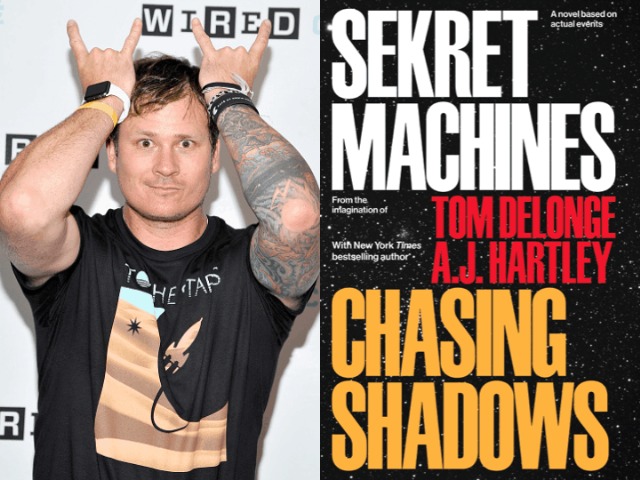 DeLonge is a big believer in aliens, UFOs, and conspiracy theories since his youth, well before founding Blink-182.Former band member Travis Barker said in a 2019 interview that he is incredibly passionate about them and would look for UFOs outside the tour bus window and even create search parties to find Bigfoot.

In 2015, DeLonge founded To the Stars Academy of Arts & Sciences, an entertainment company dedicated to ufology.

What is it that drives these high-ranking Department of Defense guys to talk to you about this stuff?
It took a while. I took very strategic steps to earn their trust and to explain what this project could do and how I would unravel it. I mean, I did four-hour presentations in front of very high-ranking officers about how I was going to do all this. Then I would present my views of what the phenomenon is and what it’s doing. What I believed about those elements was very different from what pop culture believes. I wasn’t just regurgitating Sunday afternoon Ancient Alien shows.

Having the Department of Defense on your side is a big plus for any researchers . Thumbs up Tom, Great Job.