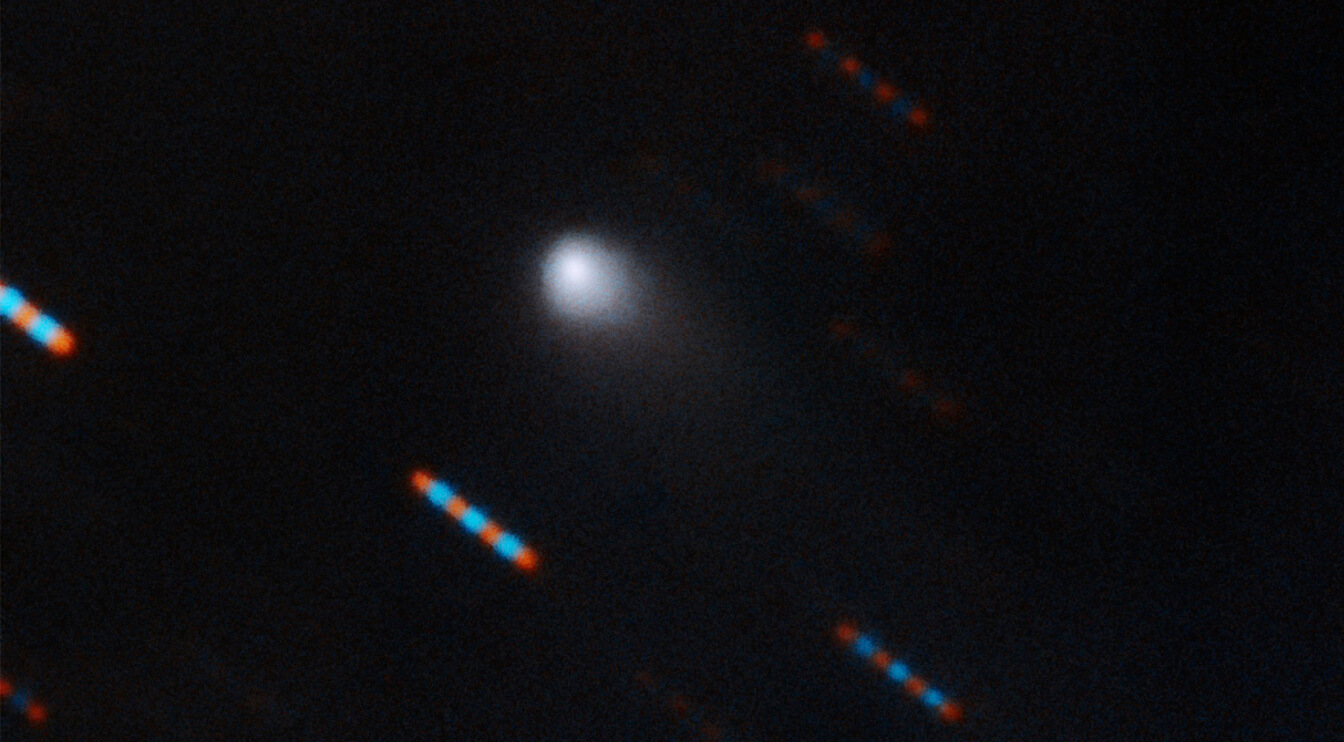 Astronomers around the world were elated in 2017 when ‘Oumuamua appeared in the sky, becoming the very first confirmed alien object to visit our solar system. Sadly, ‘Oumuamua was already on its way out of the solar system before its discovery by the Pan-STARRS observatory, and we couldn’t capture an image. Now, astronomers have successfully snapped a photo of the second known interstellar visitor, called Comet C/2019 Q4 (Borisov).

Unlike ‘Oumuamua, this new object was spotted by amateur astronomer Gennady Borisov. The Minor Planet Center has confirmed the tentative discovery of the second alien object, noting that Comet C/2019 Q4 (Borisov) is on an extreme hyperbolic orbit. Therefore, it has enough velocity to escape the solar system. That strongly suggests that it did not originate in our solar system.

Follow-up observations of Comet C/2019 Q4 have proven more fruitful than expected. Astronomers using the Gemini Multi-Object Spectrograph instrument at the Gemini North Telescope in Hawaii captured the above image of our potential alien visitor. The team made preparations to image the object even before the final coordinates were available. Those figures didn’t come in until 3 AM September 10th, and the team completed its observation about two hours later. The image consists of four 60-second exposures in bands R and G. The blue and red streaks in the background are distant stars that appear to stretch due to the motion of the comet.

You might notice everyone seems comfortable calling this object a comet. There was a lot of back and forth about what ‘Oumuamua was. At first, we assumed it was a comet, but there was no detectable coma. So an asteroid? Later examinations confirmed there was light out-gassing from ‘Oumuamua, so astronomers decided it was actually a very old comet. Comet C/2019 Q4, on the other hand, has a very bright coma and tail caused by its proximity to the sun.

Luckily, astronomers have homed in on Comet C/2019 Q4 early during its transit of our solar system. It’s currently near the sun, and it’s going to swing closer to Earth before it heads out into deep space. Astronomers will be able to get even better images of Comet C/2019 Q4 (Borisov) in the coming months. These observations will help nail down the object’s orbit and confirm that it is indeed from beyond our solar system. Presumably, someone will also check to make sure it’s not a cleverly disguised alien spaceship.