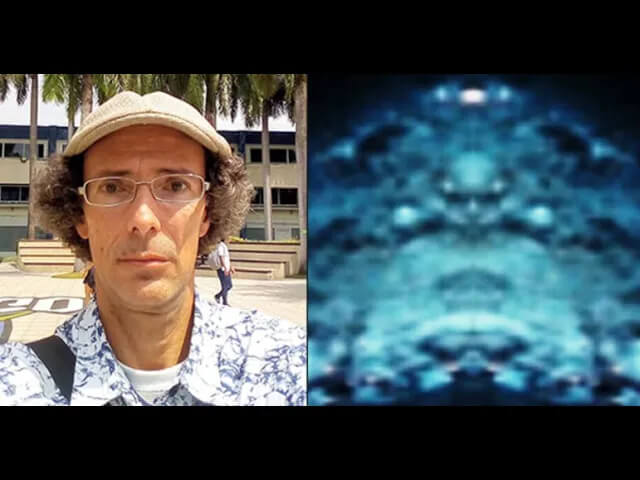 Daniel Nemes is the man of the hour as he has always been quite passionate about inventing stuff regarding science and astronomy but recently, he actually set out on a nearly impossible task: A device that would technically be able to record and capture multidimensional beings.

This idea came to him as he began reading about multidimensional matters in a Dark Matter article online. Soon after he asked himself what these beings even look like and so he set off to find out the truth.

He posted on his social media that he already knew of the black light, infrared and ultraviolet technologies but that he wanted more than that. So, he based his invention on those but brought it to a whole new level.

Soon after his statement was issued, he came forth stating the fact that his new invention, the Energivision, was completed and that it was a total success too.

Immediately after he brought forth the pictures, we attached here he stated that big companies such as NASA have already tried to contact him to buy the technology off of him to which he refused.

According to him, he will never allow the general media to actually get their hands on his technology as he does not trust them. He’d been silenced on multiple occasions in the past by the media which is why he will not allow them to do so again with this new discovery of his.