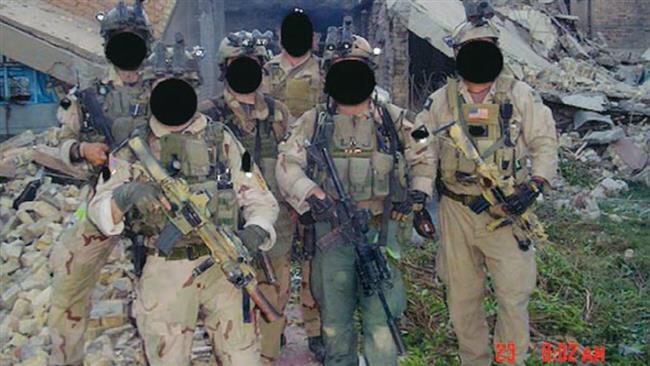 The following transcripts are from my telephone conversations with a retired Major General (O-8) who served in the United States Army. He has requested that his identity be withheld pending the Department of Defense’s 180-day report regarding the U.S. government’s research into unidentified aerial phenomenon incidents. The information is presented in a Q&A format to better help any potential reader comprehend the context of the statements.

Q: Does the U.S. government possess vehicles of an extraterrestrial nature? A: “Yes, but so does Russia, China, India and most of our European allies. This has been going on for quite some time, since at least the early 1940s. Some of these vehicles crashed after malfunctioning and some were captured after touchdown and their operators neutralized.

Q: Why has the public been kept in the dark about this? A: Why should you know? I don’t mean to sound rude but what could you contribute to the research efforts that is of value? Do you think you simply are entitled to know because you exist? There are brilliant physicists and engineers who know because they are capable of studying these things but the government is not going to prioritize keeping the average person informed about highly classified programs that have exited for decades.

Q: Were any extraterrestrial vehicles recovered with occupants? A: Yes, multiple times. These beings are actually quite small. They don’t appear to be aggressive or threatening in nature. There have been serious medical challenges in giving them treatment once they are recovered. We have a very poor understanding about their biology. There is no way to communicate with them outside of body language.

Q: Where are these being kept? A: Even if I knew the answer to that I couldn’t tell you. Once recovered, the beings and the vehicle are separated. The vehicle heads to one of dozens of black sites where the reverse engineering programs are being conducted. The beings are taken to black sites that are designed to quarantine and observe them. We can’t risk the possibility of an extraterrestrial virus causing a life ending pandemic on this planet.

Q: Are presidents informed about these activities? A: President Reagan was, and so was President Obama. President Clinton was kept in the dark because he had almost a childlike curiosity about the subject and that made people uncomfortable. My understanding was that President Trump was only briefed on certain incidents where UAPs were observed by military pilots.

Q: Was the Roswell incident really a crashed alien spacecraft? A: Yes it was. It became the prime example of what not to do for everyone that subsequently became involved in crash retrieval operations. The vehicle impacted quite violently into the ground and the occupants died on the spot. The first responding personnel were very sloppy in how they removed the debris and bodies. Dozens of people were quarantined for 30 days because they did not use the proper hazard suits. A few individuals were reprimanded on paper. More people received verbal counselings.

Q: How are crashes handled today? A: They are handled exclusively by the Special Missions Units of the United States Joint Special Operations Command and the Central Intelligence Agency’s Special Activity Center/Special Operations Groups. These individuals are the best of the best this nation has to offer. They can almost always infiltrate into any territory without detection. After Osama Bin Laden was killed the media called these guys “special forces” but the actual term is “special operations forces.”

Q: Do we know where they come from? A: The two leading theories are that they originate from this universe or another universe. That sounds crazy but it is consistent with modern theoretical physics. They might be from a universe that occupies the same space we do but we are incapable of interacting with it or detecting it.

Q: How do we know that they aren’t hostile? A: If they wanted to harm us then they probably would have already done so. They have been here since at least the 1940s. They have technology that is significantly superior to ours and honestly we would be screwed if they turned hostile.

Q: Is Bob Lazar telling the truth? A: No, he is lying. He did work at Area 51 but he was part of a radiation detection and contamination prevention team. He never had any access to any classified projects. He never got within a mile of a crash retrieval.

Q: Are Lue Elizondo and Eric Davis telling the truth? A: Yes, they were actual insiders and legitimately involved in the government’s efforts. I know for a fact that Mr. Davis is aware of multiple crash retrievals and he is also aware of the occupants that were recovered with the vehicles. I also know that Mr. Davis has examined materials from these crashes but I am not aware of him being given access to any of the deceased occupants.

Q: Will other governments take the lead in disclosure? A: I don’t see the Russians doing that. Their government is closely aligned with the Russian Orthodox Church and they aren’t going to upend their religion, which is a powerful political weapon, just to let their citizens know we are being visited by extraterrestrial beings.

Q: How advanced is the technology that has been recovered? A: These vehicles have an energy source that is effectively limitless. They can travel as fast as 80,000 feet per second. That means they can travel 15 miles in one second. The occupants of these vehicles are not injured by the rapid acceleration. They can take our nuclear weapons and electrical systems offline at will. We are talking about technological capabilities that far exceed ours. They can kill the battery in your car if they wanted to. Their weapons aren’t offensive, you aren’t going to see laser guns or anything. They just make it impossible for any type of attack to happen because they kill the electrical system of anything deemed a threat. This means our tanks would be useless and our fighter jets would be falling out of the skies.