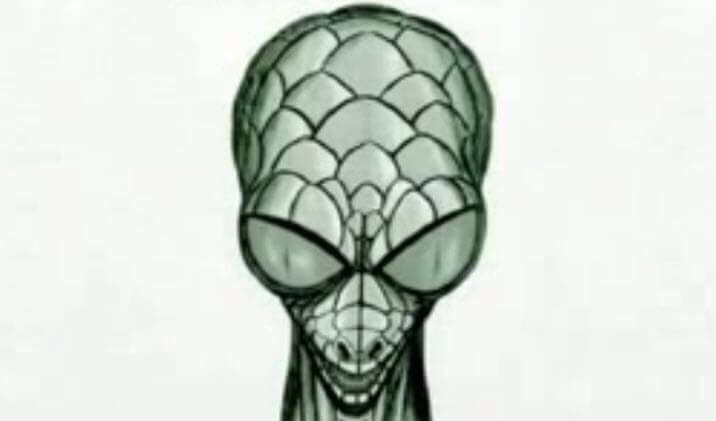 In the mid 1980s of testimonies of the presence of a reptilian being seen in river Po and its canals started to emerge. The sightings were not limited to one location were spread on different location along the river. The being had been usually seen emerging from the various canals of the river without demonstrating any hostility towards the witnesses.

The case of the PO reptilian was investigated by Italian ufologist and researcher, Sebastiano Di Gennaro. Di Gennaro, collected information from various witnesses during a period of 19 years. His research and conclusions can be found in his book ” Homo Saurus” published in 2004.

According to his research, the being is covered with scales similar to a reptile. The face is not human, it has an elongated snout, no hair, its eyes are red and stands at a height of more than 2 meters. It has no clothes on and is green. It has 4 fingers that end as claws. Hi feet are also claw-like and seem to have a membrane between the three toes . Di Gennaro also discovered physical evidence such as footprints (at a distance of 1,5 meters from each other indicating that the humanoid was tall), claw marks and dead animals killed under mysterious circumstances.

The video below is an extract from a documentary of the Po reptilian. The video includes a testimony from a local fisherman. Does this reptilian humanoid still roam the area? Was it just one being or many? Was it really an alien from another planet or an Earth species hiding from humanity?