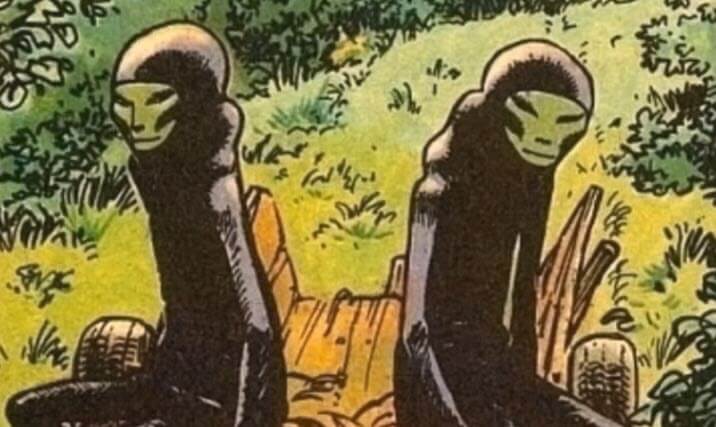 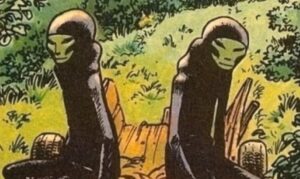 The Jan Wolski case is Poland´s most famous alien close encounter case. Until that day (May 10th, 1978) Jan Wolski had no idea of aliens UFOs and all that. He lived a simple life as a farmer, in an isolated area with no TV or radio and furthermore in a country that was pretty much isolated from the western world. His only source of information was the newspapers his children would occasionally bring to his house.

The case gained much credibility and popularity partially at the time in eastern Europe because the witness was a simple man that had no idea of the topic and was accustomed to farm life and never looked beyond. It is considered milestone for Polish ufology, from that day onward many were attracted to the study of the possibility that there is something more beyond the official story . Such has been the impact of the story that a monument was raised in Emilcin, Poland to commemorate the event.

Well, let´s look at what really happened that day of May 10th, 1978. Jan Wolski of 71 years was near his village of Emilcin. It´s just a few minutes past 8am in the morning, it´s a rainy day and Jan is on his carriage pulled by his mule. He has taken a shortcut through a forest path to get home earlier. While in the forest he notices two figures ahead of him walking on the path. He can just see their backs.

As he approaches the figures he starts to realize that they are not normal people. They are shorter than average (about 1,5 meters) they wear a tight fitting one-piece black suit that also covers their head and walk differently (legs apart). He then sees that they slow-down and make some space between them to allow Jan and his carriage to pass. Jan keeps moving and at some point he has the humanoids on each side. He does not say something as he is a reserved person of few words.

Suddenly, the two humanoids jump into the back of the carriage. Jan maintains his calm and turns around to have a better look at them. In that region it was customary to give people a ride but these two are something different. Their skin is green, eyes similar to that of a Chinese person; costumes cover the whole body and only the face and hands can be seen. Fingers somewhat resemble those of an amphibian animal as they are connected by some kind of membrane at the level of the first finger joint. Their legs were hanging out of the carriage and they wore black shoes that had the shape of a fin. The two being spoke between them an unknown language characterized by squeaking “hyena-like” sounds. Jan continues riding the carriage, he is living a surreal experience and he decides to play along.

After a few moments traveling with the uninvited passengers they approached a clearing. Between the trees, Jan could see an object hovering about 5 meters above the ground. Unlike most other cases where the objects make little or no noise this object was loud. The mule was not afraid of the sound and the carriage continued to move towards the object.

The object was more or less rectangular and about the size of a bus. In each corner it had a cylinder in the shape of a screw that spun. It appeared that the spinning screws were the object´s propulsion system. According to Jan Wolski the rotating cylinders made a sound similar to that of a bumblebee. There were no windows but just a door at the center. From the door and supported by four cables, hanged a platform.

At a distance of about twenty meters the beings signal at Jan Wolski to stop the carriage. The beings jump out of the object and signal at him to follow them. He gets off the carriage and follows them. They are now walking towards the hovering objects; Jan in the middle and one of the being at each side. The platform descends and one of the beings gets on the platform he makes an inviting gesture towards Jan. Jan does not hesitate and joins him. As there is no more space the other humanoid waits. The platform moves up in one go and stops at the level of the open door.

Inside the object Jan finds two more being. Meanwhile, the being previously waiting below uses the platform and joins them back. He is now with four beings and notices that one of them is holding two discs. The room is rectangular, plain with no artificial light; the only light filling the room is that coming through the open door. Looking towards the door, he notices that the walls has a thickness of about 20 centimeters and that door does not have a plain panel. The panel was somehow rolled-up; similar to how metal is rolled when you open a tin of sardines. On the floor next to the door he saw about a dozen of birds, alive but could not walk or fly, as if the humanoids had paralyzed them. Looking up he notices that the ceiling is semicircular and features a black tube running along its length.

Without appearing threatening the beings signal him to take off all of his clothes. One of them, even helped him unbutton his shirt. They started to examine him. One of the beings used a set of two disc-shaped devices (one on each hand). The being approached them to various parts of Jan´s body as if he was scanning him. While examining he sees them eating something. It´s a bar of a transparent flexible substance. The being offer him the food but he rejects. Also on of the beings approaches a wall and sticks two small cylindrical objects in to two halls. The humanoids proceeds to turn them while inside the hole as if he was adjusting something.

After a few minutes they signal him to get dressed. They notice his belt and pick it up to observe it. It seems they are amazed by the simple engineer found in a belt. Once dressed, he realizes that it´s time to leave; the beings walk him to the platform. Jan takes of his hat, places it on his chest and bends slightly forward to salute them. The beings copy his body language to salute him. Once on the ground Jan gets on his carriage. He is excited and wants to get home to tell everyone. The craft starts to hover away towards the deep forest.

Once at home he starts telling everyone about the story, both family and neighbors. Soon almost everyone knows about the incident. Some go searching and find strange footprints along the path traveled by Jan´s carriage. A young boy comes forward claiming he saw a flying object hovering a few meters above his head. The boy´s description matches that of Jan. Also some of the villagers came forward stating that they sent some kind of strange earthquake sensation at the same time that it was estimated that the object passed over the village

A few day later a TV crew from the Polish public television arrived at the village to take an interview and learn more. It is said that on that day while at the scene of the incident with Jan the crew noticed a strange figure spying on them, hidden between the bushes. The figure ran off when it realized that it had been noticed. Descriptions matched that of the beings experienced by Jan. Could it had been them?

In the years following the incident Jan was visited by a number of researchers. He kept to his testimony. Jan was a simple man with nothing to gain from making up this case. He had no previous exposure to aliens and ufology. He just shared what he experienced.