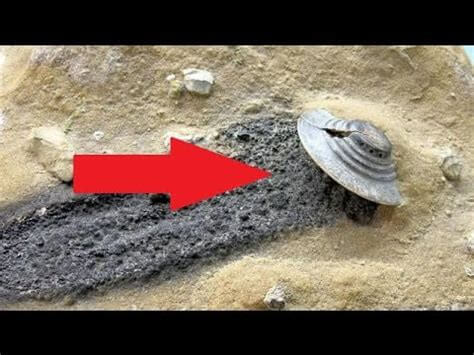 Whatever these sightings are, it would appear that the markings are connected to an intense heat or energy source that they have been exposed to. Most markings seem to appear where the UFO in question was sighted, but they also appear to be amazingly concentrated.

For example, if you watch a rocket launch, the destructive, uncontrolled and widespread nature of the spewing flames is clear. Certainly anyone in the vicinity would face incineration. However, despite the apparent increase in energy used, if the speed at which these objects have been observed is accurate, the outpouring of this energy seems to be much more controlled and in one particular spot only.

A strange case in South Africa in September 1965 appears to lend a little more credence to this theory. Police Constables Koos De Klerk and John Lockern were on patrol on the Pretoria-Bronkhorstspruit highway at just after midnight. They both witnessed a strange copper disc-shaped craft sat on the road in front of them.

Almost as soon as they had noticed it, the craft shot off at speed, taking off into the sky. It would, however, leave a path of fire in its wake. The heat was so intense that the gravel on the road began to separate from the tar. Is the policemen’s account is accurate? There is nothing to suggest their story is false. Then the flames are likely the result of some kind of energy thrust propelling the craft rapidly into the air.

The following two videos are worth checking out. They look at some of the UFO incidents that left behind more than just a wild story.