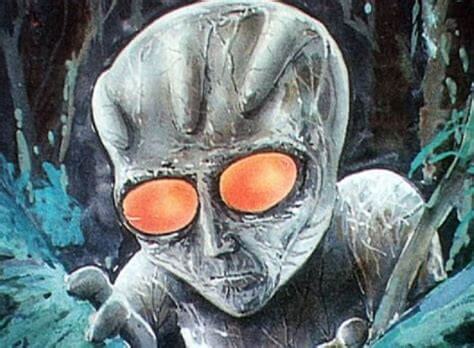 In 1996, some very strange UFO phenomena took place in Varginha, a city in Brazil, where many locals claimed to had seen two aliens, captured by the Brazilian military.

Local residents informed the police that strange creatures were walking in the park. They saw two aliens with large heads and huge red eyes. Their skin was dark, and they were as tall as 10-year-old children.

Ufologist Roger Leir was the first to reveal the bizarre details of the case. He visited Varginha shortly after the incident. Then, he published the book “UFO Crash in Brazil.”

When the police arrived, they immediately opened fire on the aliens, and one of them got injured. Then, the injured alien was taken to the local hospital, about 1.5 kilometers from Varginha. According to the hospital staff, an entire wing of the hospital was closed, and the hospital itself was literally packed with military personnel in full ammunition. Doctors tried to save the creature, but it died. Its death was recorded on January 22, 1996. More than a dozen specialists, including genetics, took part in the subsequent autopsy. They found out that the alien had a black tongue, the absence of genitals, and a navel. After the autopsy, the dead alien was placed in a wooden coffin, the lid of which was secured with screws.

Among the eyewitnesses who personally saw these creatures were two 14-year-old twin girls, Liliane and Valquíria Fátima Silva and a 22-year-old old Kátia Andrade Xavier. They saw one of the creatures and, according to them, it was very thin with brown skin, big red eyes and three horns on head, about 160 cm high, and its feet were in a V-shape.

The creature was barely moving, so the girls assumed that it was wounded. Then they ran home and told their mother that they had seen the “devil.” Their mother did not believe them, but when she went to the place where the creature had been, she felted a strong ammonia smell there. The creature was no longer there, but the unusual smell remained, and the dogs behaved strangely.

After the sisters and Kátia told their friends and family members about the strange creature, rumors quickly spread throughout the city.

Two days later, a similar creature was seen dead on the side of the road. However, no one had time to see it, except for one eyewitness, since three army trucks arrived at that place and took the creature.

It remained unclear whether it was the third creature or one of the two that had been seen first. Or maybe there were four of them in general, and the fourth was the one whom the sisters and Katia saw.

For the next several days, the locals continued to encounter strange creatures. One of them was allegedly seen at the zoo, the janitor working there told about it. And three animals in that zoo soon died under strange circumstances.

Meanwhile, on the same day, at about 1:30 a.m., farm owners Oralina and Eurico de Freitas woke up because their cows and sheep were showing intense anxiety. The couple reportedly saw a UFO, hovering over their cattle for 40 minutes. The mysterious flying object vibrated violently, emitted clouds of mist, and eventually hit the ground.

26 days after the incident, one of the police officers who opened fire on the aliens died for some unknown reason. The reason for his death was mentioned as some kind of infection.

Officially, the Brazilian authorities said that the Silva sisters had seen a sick homeless person, and the military had been simply practicing on schedule. When asked what kind of strange creatures were with the military in the hospital, the answer was that they had been dwarf people. But the locals certainly did not believe that.