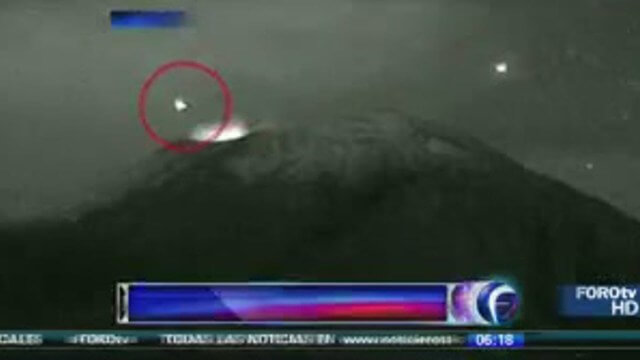 Mexican volcanoes Popocatepetl and Colima draw the attention of the ufological community from time to time. This is mainly due to unusual objects flying over their craters that have been registered there for at least 10 years.

On October 26, 2012, a cylindrical object flew into the volcano. The Mexican media could not ignore this phenomenon, but many experts put forward various strange theories, for example, the fact that a meteor fell into the volcano. But on November 15, the same object was seen coming out of the crater.

An unexpected departure of the cylindrical object occurred on November 15. The Popocatepetl Volcano is being closely monitored because its possible eruption or large emissions of ash can cause unrest in the capital, Mexico City. That is why it was possible to fix the moment of entry and exit of the object from the crater.

This case was extremely mysterious because the interior of the volcano is a place where it is difficult to imagine the movement of any land vehicle in such hostile conditions.

Consequently, many theories have emerged, suggesting that terrestrial volcanoes are passages for creatures that hide from us below the surface of the earth. From October 2012 to June 2013, there had been three cases of observation of unidentified objects that entered the Popocatepetl volcano.

Similar observations also related to another Mexican volcano called Colima. Webcams monitoring its activity recorded an almost identical anomaly on February 15, 2016. In this case, only the moment of entry into the volcano was recorded.

In this context, it is probably worth mentioning a series of photographs showing unidentified flying objects seen near the Colima volcano. Presumably, these photos date back to 1958. This is completely unique because, in those days, not everyone had a camera. Of course, these declarations should be considered approximations, but the pictures are really intriguing. Some people say this is the most convincing UFO photograph ever taken around the crater of the Colima Volcano.

It should be noted that this type of observation has been continuing uninterruptedly for many years. Some people claim that they see a strange object entering or leaving the crater of this dangerous volcano almost every week. One of these new observations took place in 2015. 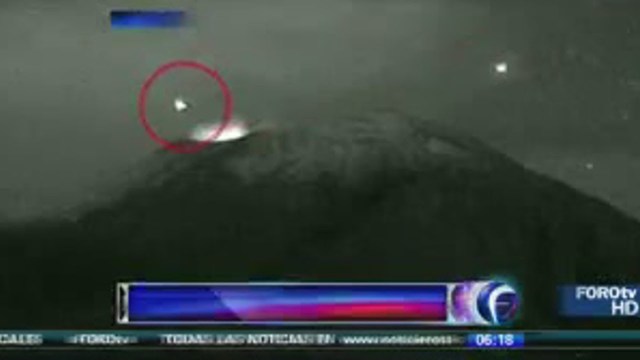 Another phenomenon of this type occurred on March 11, 2017. The object was recorded by a surveillance camera located about 6 kilometers from the volcano itself. The live broadcast recorded an extremely fast object that emerges from the crater of the volcano and flies out of the camera frame within 2 seconds.

These types of phenomena are obviously not the only ones that accompany this volcano. Equally unusual (also recorded in the area of the Colima volcano) are the luminous objects that seem to surround this volcano and disappear in no time. These types of lights appear there regularly. A good example is a phenomenon that occurred sometime after the eruption of June 19, 2016.

It is possible that the strange object is the result of the reflection of sunlight from the camera lens, small molten pieces of lava erupted by the volcano during an eruption and falling back to Earth.

It is difficult to say whether the secret aura covering these volcanoes originates from the real paranormal phenomena occurring in their area, or whether this is only the result of many reports that are often exaggerated, attribute all observations near the craters of these volcanoes to aliens. But what is the reason for such great activity near the craters of the Mexican volcanoes Colima and Popocatepetl?