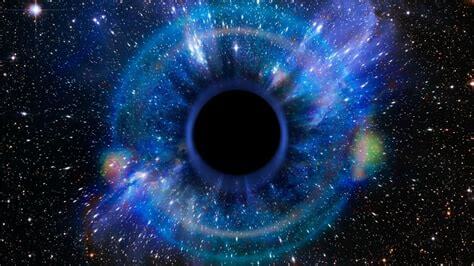 3/31/2021
Is the mysterious, much-searched-for Planet 9 (also known as Planet X) really a black hole no larger than a grapefruit? Reports to that effect have caused a stir online, especially when they appear in highly regarded sources such as Science magazine.And it’s easy to understand why people would click that link. Planet Nine and Planet X have loomed bright in the popular imagination for more than a century, even as astronomers looked for it in vain. As for black holes, they are the most mysterious objects in the universe, so dense that not even light can escape from them.The scientific search for a ninth planet — or, possibly, a black hole counterpart — remains inconclusive and uncertain. Even the boundary between speculation and discovery can be faint and hard to define, and the choices of what possibilities to explore can be as challenging as the exploration itself.

The Long Search for a Mystery Planet

The search for Planet 9 has gone on for a remarkably long time, with roots going back far into the 19th century. The first planet to be discovered with a telescope, Uranus, was found to have peculiarities in its orbit that hinted at another planet beyond it. Mathematicians proposed a location for this first hypothetical “Planet 8”; astronomers looked there and found Neptune, hypothetical no longer, according to Ars Technica. Neptune’s orbit also seemed to have peculiarities, which lead to a search for Planet 9.

The planet searchers did discover Pluto. They soon realized that it was too small to distort the orbit of Neptune, but it was classed as Planet 9 for decades, until astronomers found other Pluto-sized bodies in the far outer solar system.

These distant objects also have orbital peculiarities. In particular, as Sky & Telescope notes, the “argument of perihelia” of their orbits — essentially, the orientation of their orbits relative to each other — are clustered around zero and 180 degrees.

This distribution is unlikely to be due to random chance: It strongly hints that some common gravitational influence has been acting on these orbits. This commonality is the basis for the modern search for the ninth planet.

So far, however, it has eluded discovery. Hence the suggestion that Planet 9 might not be a normal planet at all but a black hole. All known black holes were formed by collapsing stars or galactic-scale events; they are vastly more massive than any planet. But cosmological theory suggests that smaller black holes may have formed in the earliest stages of the universe.

Note that this does not add up to a discovery — only a possible discovery that, if it panned out, would explain outer-system orbits and their arguments of perihelia.

But astronomers are by no means convinced that a massive-but-undiscovered object is needed to explain the arguments of perihelia. An alternative possibility, reports The Conversation, is that both discovered and undiscovered outer-system bodies combine to form a disk, which exerts its own gravitational influence to produce the alignments of orbits that we observe.

In that case, there is no single, massive ninth planet to be found, nor a black hole of comparable mass. Multiple objects, from Pluto size on down, can produce the observed effects, and many of them are surely out there waiting to be discovered.

Meanwhile, far beyond the outer solar system, thousands of planets have already been discovered orbiting other stars. These extrasolar planets — or exoplanets — range in mass from larger than Jupiter to comparable to Earth, and some orbit their parent stars at distances where liquid water can exist, making them potential habitats for life.

So far, only a handful of exoplanets have actually been seen. Most are so dim and so close to vastly brighter stars that they can only be detected indirectly. Perhaps, then, it is not entirely surprising that, as Scientific American notes, the extrasolar planets community in particular takes a somewhat skeptical view of Planet 9 speculation.

According to Robert Lockwood of Northrop Grumman’s Transiting Exoplanet Survey Satellite (TESS) team, our solar system most likely only has eight planets. And while there other sizable asteroids, moons and comets, none are classified as planets.

Perhaps there’s also a mini black hole lurking in the far outer solar system. In the meantime, thousands of exoplanets wait to be explored.