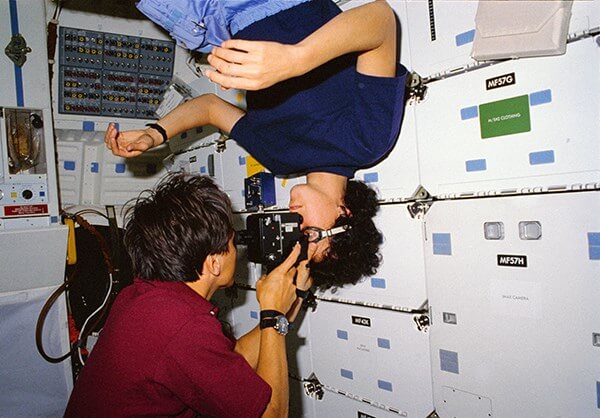 3/31/2021
Aerospace medicine combines two challenging and important disciplines. This field of study has existed for a century, but it is especially exciting now that commercial space travel and deep space missions are both in the works. What is this unique career?

An Overview of Aerospace Medicine

Aerospace physicians support the health of people who fly for a living — pilots, aircrews and astronauts, all of whom face unique occupational hazards. These doctors often have military backgrounds, as they need to have training and experience in both medicine and aviation.

Here on Earth, doctors often take care of sick or injured patients in normal environments, but in space medicine, the situation is quite the opposite. A big part of this field revolves around preventative medicine, with doctors making sure that their patients are in top health so that they can handle the abnormal environment of flights, especially if their patients are going to space. Much like sports trainers, these doctors make sure that astronauts are physically prepared to perform at the highest levels.

According to the Aerospace Medicine Association, aviation medicine was originally driven by the high losses of life due to physically unfit pilots during World War I. Later, the field evolved beyond aviation medicine to include aerospace medicine once crewed space flight began.

Today, aerospace physicians, such as flight surgeons, provide medical support for astronauts during training and missions. They also play a role in selecting astronauts for flying on missions, according to the Canadian Space Agency (CSA). If astronauts have health issues in space, it is a dangerous and expensive problem to solve. The CSA explains that flight surgeons help during:

Effects of Space on the Body

Space agencies have studied the short- and long-term effects of space environments on the human body. Civilians get a small peek into the effects of flight when they experience conditions such as altitude sickness or the feeling of your ears “popping” during a flight. In space, there’s much more to contend with, as leaving the comfortable bubble of our atmosphere creates a range of hazards for humans. NASA describes five categories of stress related to space travel:

This highly specialized career helps to support the future of space travel and is crucial to the aerospace industry. The Emergency Medicine Residents’ Association suggests that there is a greater need for highly trained aerospace medicine physicians because of the recent focus on an accelerated lunar program and the emerging commercial space flight industry. This medical specialty isn’t just about space, either. Many space physicians also study the physiology of microgravity on the human body and how it can help to fight conditions here on Earth, such as NASA’s study of astronaut twins Scott and Mark Kelly.

Aerospace medicine helps humans push the bounds of what is possible, as we continue to explore the unknown.