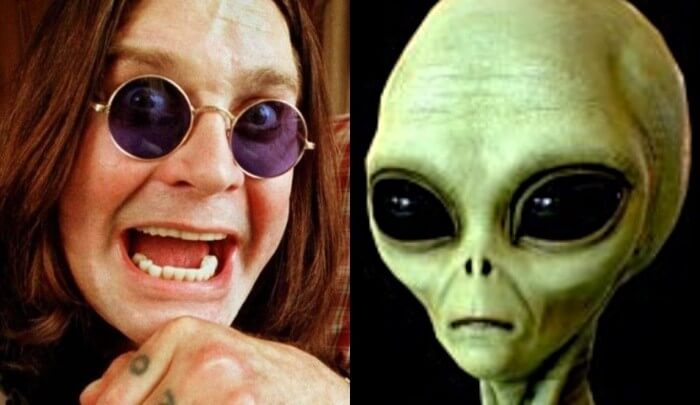 The 71-year-old self proclaimed Prince of Darkness, Ozzy Osbourne spends hours on end watching television shows and movies about aliens and UFOs and is entirely convinced that Earth has been visited by beings from other planets outside our solar system.

His wife and manager Sharon Osbourne, 67, told Jenny McCarthy on her SiriusXM radio show: “He is obsessed. He watches all those hokey shows about aliens and I am like, ‘Why are you spending three hours a day watching it?’

Sharon also revealed Ozzy is so serious in his beliefs about intelligent extraterrestrial life that he has written a song called ‘Scary Little Green Men’, which includes the lyrics ‘Men on the moon, won’t you tell us the truth, is there anyone out there?’

Sharon also spoke about the 2020 Ozzy Osbourne track ‘Eat Me’, which was inspired by the case of a German cannibal, Armin Meiwes.

Sharon said: “He was obsessed about this guy he read about in Germany that wanted to be eaten so he put an ad in the paper looking for people that wanted to eat him.

“It’s a true story. And he got seven applicants. Just a crazy person in Germany that wanted to be eaten so Ozzy went ahead wrote a song called ‘Eat Me’.

Amazing  music videos and his description of his Obsession With UFOs. Hope you Enjoy !