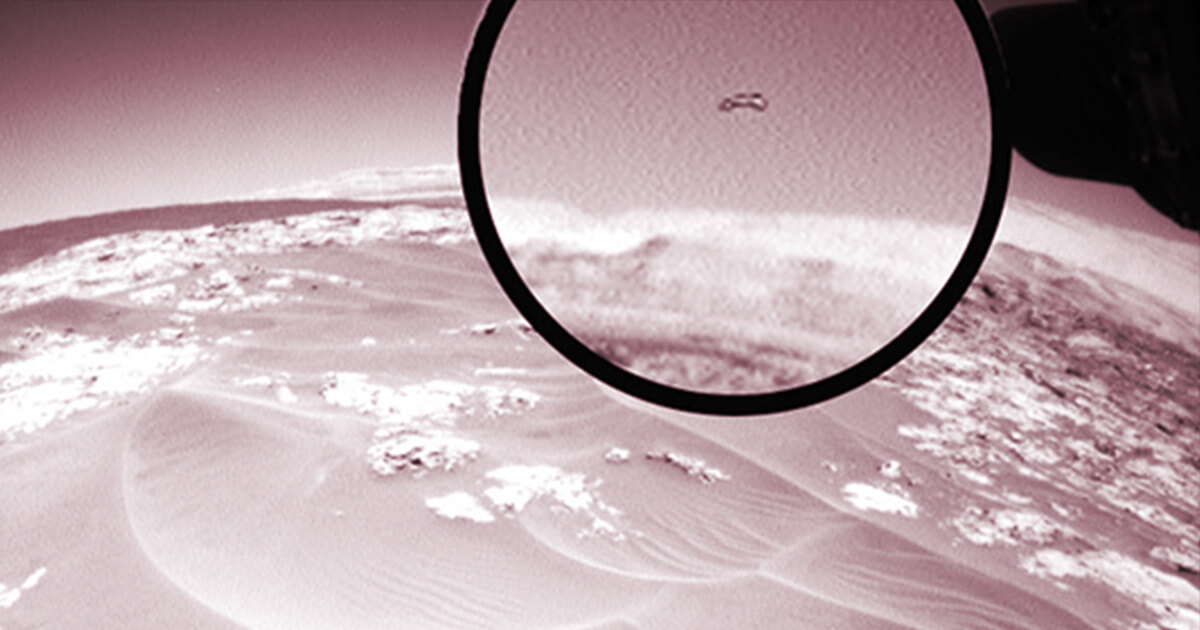 Another UFO was seen flying across the sky in an image from NASA’s official website. The only difference is that this time the scenario is set on Mars rather than Earth.

Because the shape of the object can be seen better in the image, we can see that it is flying close to the rover. However, the object has completely vanished in the second image, which was taken only a few seconds later.

Could this prove that UFOs travel at a high rate, or that they use portals?

Because it’s difficult to judge from just one image, let’s look at a few more to gain a better understanding of the strange phenomena surrounding UFO sightings on Mars. For example, in this case, we can see a black dot that appears on two consecutive Curiosity images. The issue is that in both images, the same black dot appears in different locations. However, due to the significant distance between the rove and the object, we are unable to determine the shape of the object.

Another image from Mars, captured by Curiosity, shows several bright orbs. These orbs appear in eight different photos, and if you haven’t noticed, they look a lot like the UFOs that we see on Earth. With this article, we wanted to make you aware that the UFO phenomenon is not limited to Earth, but also occurs throughout the solar system, as you can see.