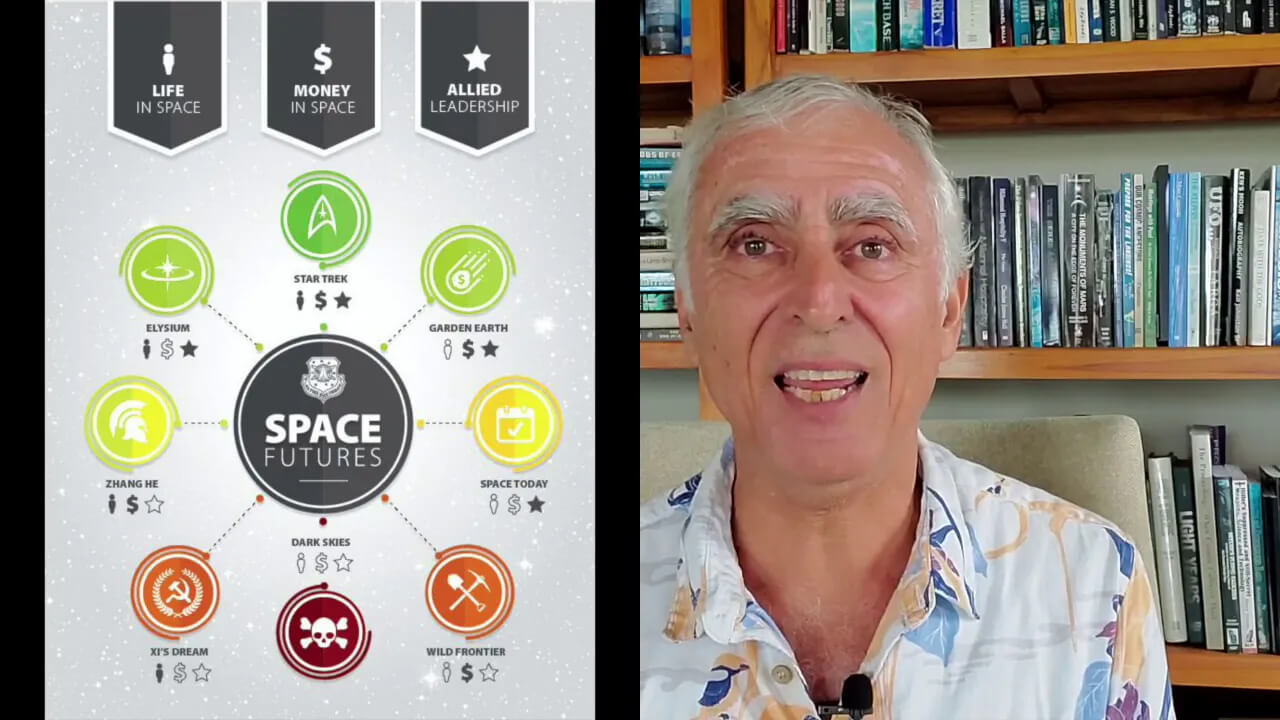 Michael Salla
On November 22, the Secretary General of NATO, Jens Stoltenberg confirmed that a Space Center would be established at Ramstein Air Base in Germany. The base is controlled by the US Air Force and the Space Center will coordinate closely with the newly established US Space Force and Space Command. The NATO Space Center has been authorized less than two weeks after the Artemis Accords were signed by eight nations. The Artemis Accords establish the framework of a multinational space alliance that cooperate in protecting their personnel, resources and operations in space from “harmful interference”. In addition, the creation of the Space Center comes one year after a Space Futures Workshop where USAF Space Command (now Space Force)) experts discussed the evolution of military affairs in space over the next 40 years. The Space Futures Workshop envisaged 8 feasible scenarios. The most favorable was a Star Trek future where a US led coalition of nations dominate space and introduce free-world laws and processes. The least favorable is where a country like China dominates space and introduces laws and processes that promote their own interests. The creation of a NATO Space Center weeks after the signing of the Artemis Accords and the 2019 creation of a US Space Force and Space Command, is the start of a long process of establishing a Star Trek future. This is the most optimistic space future where Earth and our solar system are protected by a multinational Star Fleet promoting principles of personal liberty, democracy and government transparency.