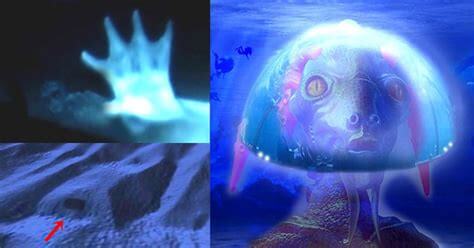 Luis Lamar is one of the best at what he does. He’s been working throughout most of his career as a professional photographer for National Geographic and Ocean X, and according to a lot of experts, he’s by far one of the most talented in the field, to say the least.

With that said, it should be mentioned how he recently made a statement in an interview with the War Zone during which he discussed his interaction with a USO. According to him, as he was swimming around trying to take some good pictures of the surroundings, he saw that sharks and orcas were coming straight towards him randomly.

He ducked and cowered until they brushed past him. He then saw them, the stingray-looking creatures that were clearly alien in nature.

He claims that despite the fact that he’d uncovered giant deep-sea arachnids, venomous snakes, and more, this was in no way, shape, or form a normal being from Earth. He has a lot of experience taking pictures of things that he had never seen before, but according to him, he was a hundred and one percent sure at that moment that those creatures were not from this place, to begin with.