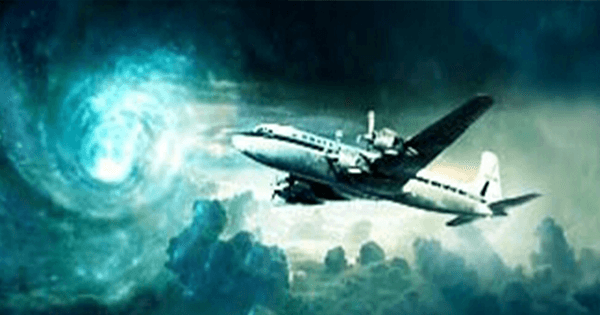 If you’ve been following the conspiracy theory scene for a while now you’ve most likely already heard about the mystery of Flight 513. It is by far one of the strangest and most bizarre stories ever told, only that it isn’t just a story, after all, it’s real.

September 4th, 1954 was a pretty normal day just like any other. That’s when Flight 13 of Santiago left Aachen, Germany, hoping to reach Chile in South America. A total of 88 passengers were on board and this was just your average flight, nothing to be too shocked about. But, less than a couple of hours later, while drifting over the Atlantic Ocean, the flight simply put disappeared. The radar caught it all, the plane simply vanished out of thin air, nobody being able to trace it back anymore.

It was concluded that it crashed into the Atlantic Ocean, and so everyone involved was declared dead. 35 years later, however, the plane re-emerged out of thin air as simple as it disappeared in the first place. This occurred in October 1989 in Brazil. Nobody knows what really happened that faithful day or if this was a case of the strange phenomenon known as the Bermuda Triangle, or maybe the plane entered a time warp and just flew out. Alien abduction is also a very likely theory. What do you think?