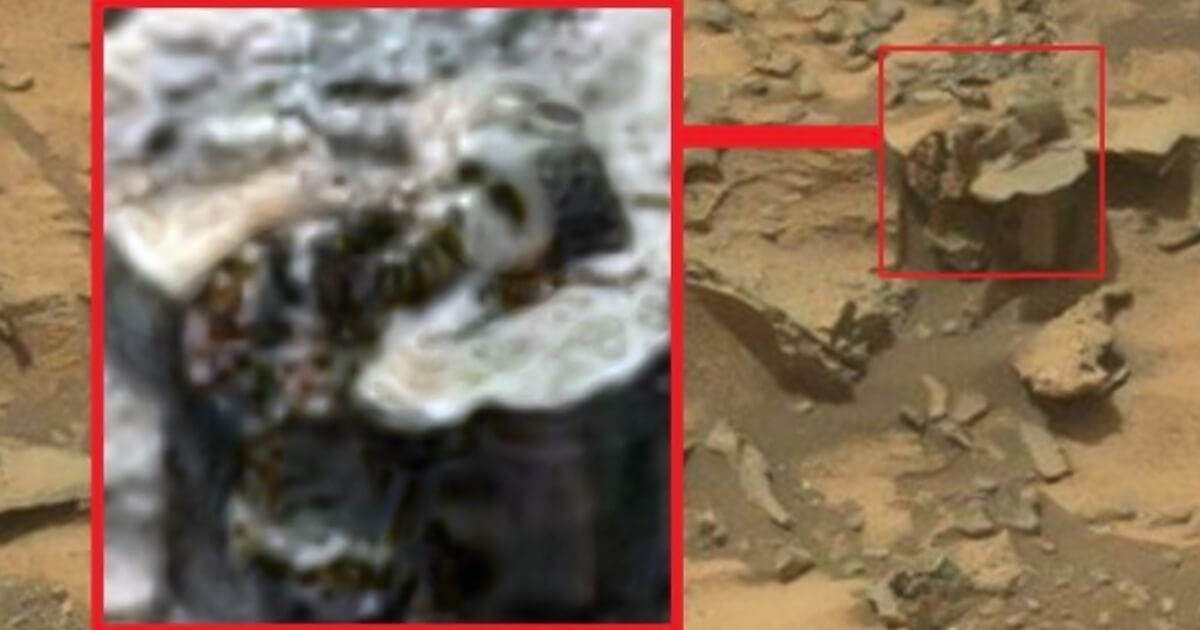 The more time NASA’s Curiosity Rover spends on the Red Planet the more discoveries it makes. Although NASA doesn’t wish to confirm or deny a huge chunk of them the truth of the matter is that once they opened Pandora’s box and posted the pictures on their website the virtual archaeologists instantly picked them up from there and started inspecting them.

The most recent discovery that they came across was a statue of what appears to be an ancient Anunnaki of some sort. In case you didn’t know already, the ancient Sumerians used to worship a race of alien deities that supposedly created us and used us in ancient times. They are believed to be the ones that created the pyramids and since we’ve uncovered pyramids on Mars it isn’t too far-fetched to assume that they also resided on Mars before coming to Earth. As you can see, the structure that was caught by the Curiosity rover has eyes, a mouth, a clearly defined nose, and even a cone-shaped beard. It is a literal depiction of an ancient Anunnaki right there in front of our eyes.

We know that the ancient Sumerians were technologically advanced also thanks to a recent discovery that was made in Austria.

An 800-year-old mobile phone was discovered there which used an ancient writing style for its keyboard known as the cuneiform. This was mostly used by the ancient Sumerians from Mesopotamia in case you didn’t know already.