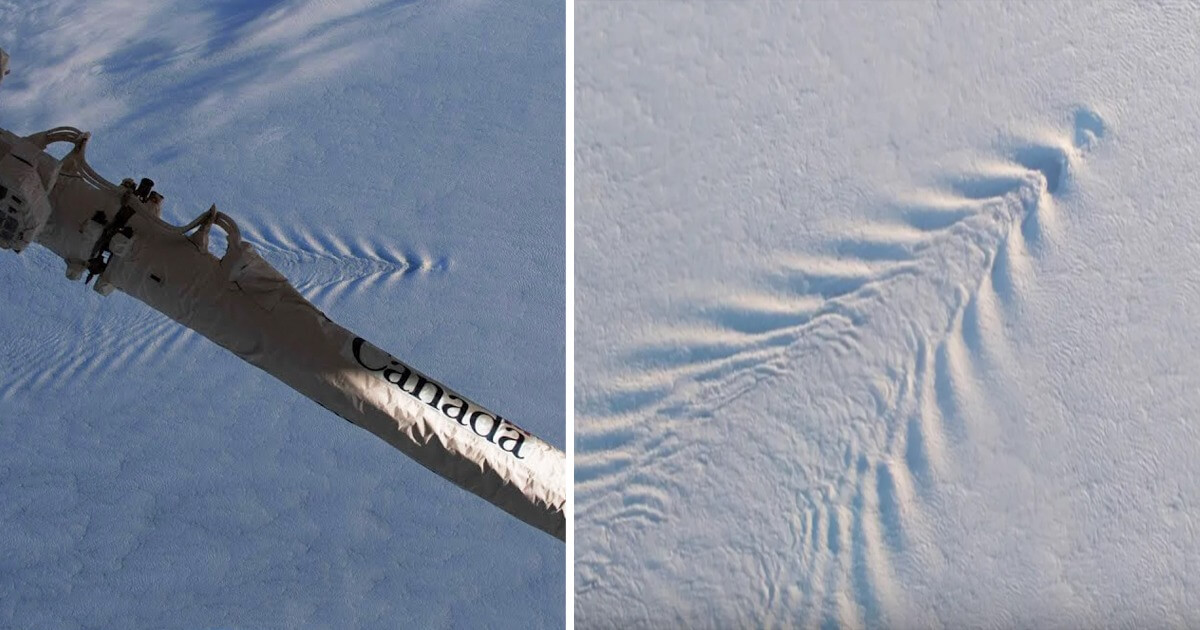 A recent discovery was made by the Black and Brett Cousins as they were inspecting the most recent pictures that NASA uploaded on their website.

According to them, you can see ripples forming in and out of the sky which cannot be explained as a natural phenomenon. They believe that these pictures are proof of an alien spacecraft of some sort passing us by, most likely spying on us.

The ship’s technology must be so advanced that we cannot even see their ship as it passes us by, which is how they must have gotten away with spying on us for so long. We can however see the trail of sound waves that are left behind their ships.

The brothers believe that this is quite suspicious, as it implies that both the ISS and NASA’s surface cameras were ready at that exact moment to take a picture of the sky.

They believe that this might be a diversion of some kind, a way to keep humanity from looking elsewhere. What do you think though? Check out the following video and let us know.