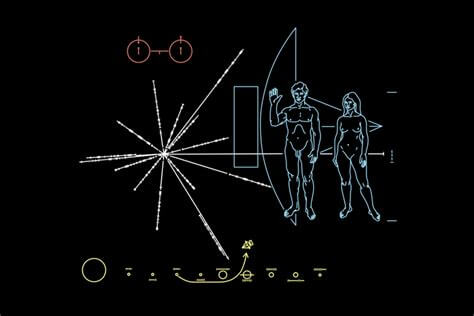 I heard multiple stories regarding NASA’s voyager space shuttles back when I was a child. This particular topic seemed fascinating to me, mainly because I knew that the Voyager probes contained information about our lives.

I remember being part of several conversations related to aliens and life outside of space. However, things progressed as I grew older. We will be able to travel to Mars in the forthcoming years as Elon Musk’s Space X is working on a starship.

I firmly believe that people, in general, had insufficient knowledge back when I was young. Quite a lot of people I knew contemplated if it was wise and appropriate to send information to the aliens as they could be dangerous. One of my favorite people, Stephen Hawking, also warned that extraterrestrial beings could potentially wipe out the entire human race. Hence, we should remain prepared for the worst.

Furthermore, NASA and several other organizations are constantly trying to send information into space, so aliens or extraterrestrial beings can find earth. The people working at NASA sent a pulsar map into space in around 1972. The map was attached to a space probe known as the Pioneer 10. The aforementioned spacecraft is still traveling on to the stars, but time and space are taking a toll on the cosmic coordinates it carries.

The map Pioneer 10 contains is not accurate as the galaxy turns and our sun and its reference points change their relative positions. Hence, an astronomer known as Scott Ransom has proposed an idea to overcome the said weakness. He wants to design a new and accurate map.

Why do we have a map in the first place?

Pioneer 10’s mission was to study the solar system’s biggest planet, Jupiter. The astronomers and scientists working at NASA discovered that the said probe would ultimately get to the interstellar trajectory. Hence, they decided to leave our address inside of it. NASA asked Carl Sagan to design a map within a month. He, along with a few notable scientists, eventually came forth with a map. Similar maps have been etched on the covers of the golden records.

So, how can we alter the existing directions? Keep reading to find out.

What precisely is a pulsar?

Once a star gets supernova, its core can become extremely dense. The said star is called a pulsar. A pulsar generally spins and emits radio waves on and off like a lighthouse.

According to NASA, a small, dense pulsar gets linked with another star. It then siphons energy from its associate, promoting the pulsar’s already rapid rotation. At up to 43,000 rotations per minute, the radiation appears to pulse and acts as a guide. This particular system is a perfect signpost for mapping within our galaxy.

How does it work?

The lines or marks used for mapping are binary numbers that exhibit the Pulsar’s rotation rate; the lines are equivalent to distance. The map is quite simple, and any civilizations intelligent enough to recognize and catch a quiet interstellar spacecraft would easily know about pulsars. All in all, by matching the rotation periods on the map with celestial signposts in the sky, guests could find their way to Earth pretty easily.

According to the people working at NASA, the new coordinates will help extraterrestrial beings in a better way. Hence, it’s mandatory to alter the map and fix the errors. Moreover, this new map will remain functional for the next billion years.