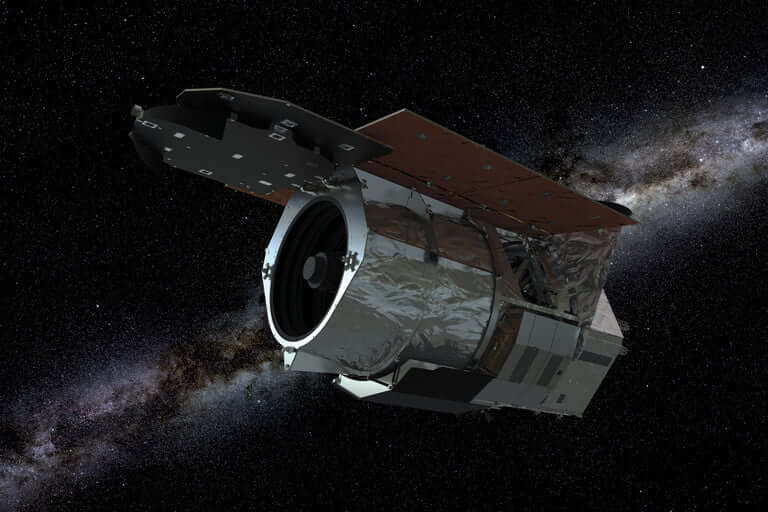 The Nancy Grace Roman Space Telescope will launch in the mid-2020s to help astronomers try to understand dark energy, which makes up about two-thirds of the entire universe but is a mystery to astronomers.

NASA is putting a name and a face to a planned space telescope that will help scientists search the cosmos for mysterious dark matter and dark energy and study far-flung worlds.

“In a time when women were actively discouraged … she became an astronomer,” said Thomas Zurbuchen, NASA’s associate administrator for science, in a live-streamed announcement. “Her name deserves a place in the heavens she studied and opened for so many.”

Roman first joined NASA in 1959, just months after its creation, and is perhaps best known as the visionary force behind the Hubble Space Telescope, which she helped conceive, plan and advocated for over decades.

“I knew that taking on this responsibility would mean that I could no longer do research, but the challenge of formulating a program from scratch that I believed would influence astronomy for decades to come was too great to resist,” she said in a NASA interview.

Roman stayed active in the astronomy community for years after her retirement. She died in 2018.

The space telescope that will bear her name is still under development and has continued to move forward with the backing of Congress despite the Trump administration’s efforts to cancel it in recent years.

The Roman Space Telescope is designed to have a primary mirror the same size as Hubble, but its Wide Field Instrument gives it a field of view 100 times greater than Hubble’s infrared instrument. Roman will also carry a Coronagraph to aid in studying worlds beyond our solar system.

NASA is currently targeting a launch date for the Roman Space Telescope in October of 2025.

Thank You NASA for honoring her, this gives girls someone to look up to and this encourages  girls to get involved in Space programs and in this field of study. No more ironing boards  or Tuna Casseroles ! Head for the stars Gals !

Nancy Thames  ( Grandsons name is Roman what a coincidence..)