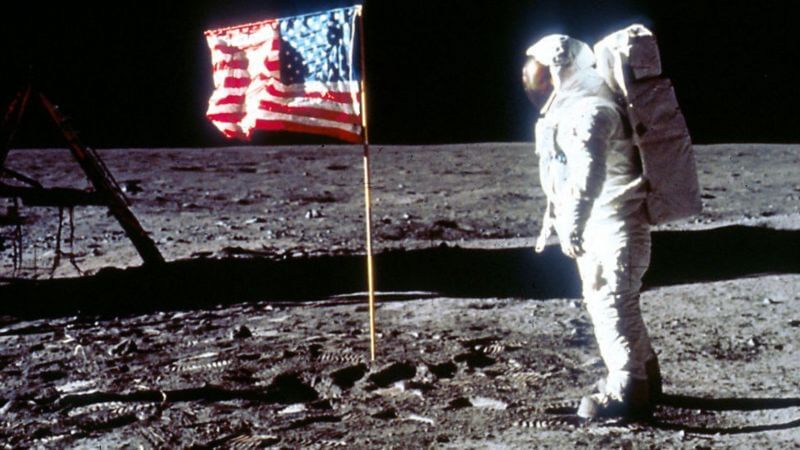 This article will upset conspiracy theorists who support the belief that NASA has never landed on the Moon. There are three completely undeniable pieces of evidence that can in no way be falsified now.

Let us decide what evidence we will consider irrefutable. We shall consider such evidence verified by other countries.

As you know, in 2008, the Japanese spacecraft SELENE (Japanese name: “Kaguya”) built a 3D model of the significant part of the lunar surface, including one of the landing sites of Apollo 11.

If the landing on the Moon was falsified, the coincidence of the landscape in the photograph and the three-dimensional model would in no way be possible.

In addition, there are numerous photographs of landing sites made by various spacecraft in countries other than the USA (China, the European Union, Japan).

Acceleration of free fall on the Moon

When shooting in the pavilion, you can falsify a lot of things – spacesuits, space technology, the lunar surface, the earth in the sky, and you can even pump air out of the room and shoot in a vacuum. Nevertheless, one can not be falsified: it is impossible to fake what speed and acceleration the objects fall under the reduced gravity. Let me remind you that the acceleration of gravity on the moon is approximately 1/6 of the earth.

In this video, astronaut David Scott performs Galileo’s thought experiment that objects will fall equally fast in airless space. Anyone can calculate the acceleration with which a hammer and feather fall and make sure that it exactly corresponds to the acceleration of gravity on the moon.

One can theorize as much as necessary that the hammer and feather actually moved on specially fixed invisible cables to fake the lunar acceleration of gravity. Of course, this is doubtful, but what absolutely could not be faked is the acceleration of the free fall of dust knocking out from under the wheels of the lunar rover – well, you don’t attach a cable to every grain of sand.

Remember, here we are talking about the late 60s. In those days in Hollywood, there were no computer graphics. You can calculate the acceleration with which the dust knocked out from under the rover wheels slows down and falls.

This is quite time-consuming, but overall not difficult to do. The acceleration of gravity is 1.62 m / s² – it should be like this on the Moon. Removing this in terrestrial conditions is impossible without the use of modern computer graphics.

Thousands of samples of soil and stones from the Moon were delivered to Earth. They were transferred to numerous research institutes around the world.

Based on the study of these samples, the world scientific community has no doubt about their lunar origin. Since supporters of the theory of the lunar conspiracy cannot argue that the lunar stones are fake under the weight of evidence from a variety of sources, they instead born another theory that the Americans allegedly undertook an expedition to Antarctica, where they found lunar meteorites and passed them off as samples delivered from the moon.

Indeed, some meteorites that are found on Earth are of lunar origin. However, there are two facts, the first of which makes the issuance of meteorites found on Earth extremely unlikely, and the second one is simply impossible.

First, lunar meteorites are incredibly rare. Over the entire history of mankind, only 306 meteorites of lunar origin were found. NASA astronauts delivered more than 2,200 moonstones to Earth.

Proponents of the theory of the lunar conspiracy want you to believe that, despite the fact that for hundreds of years, only 306 moonstones have been found, during only one NASA expedition, explorers found seven times more. Of course, there is no such coincidence, and it is extremely unlikely.

All this allows us to assert with confidence that the NASA astronauts were on the moon.