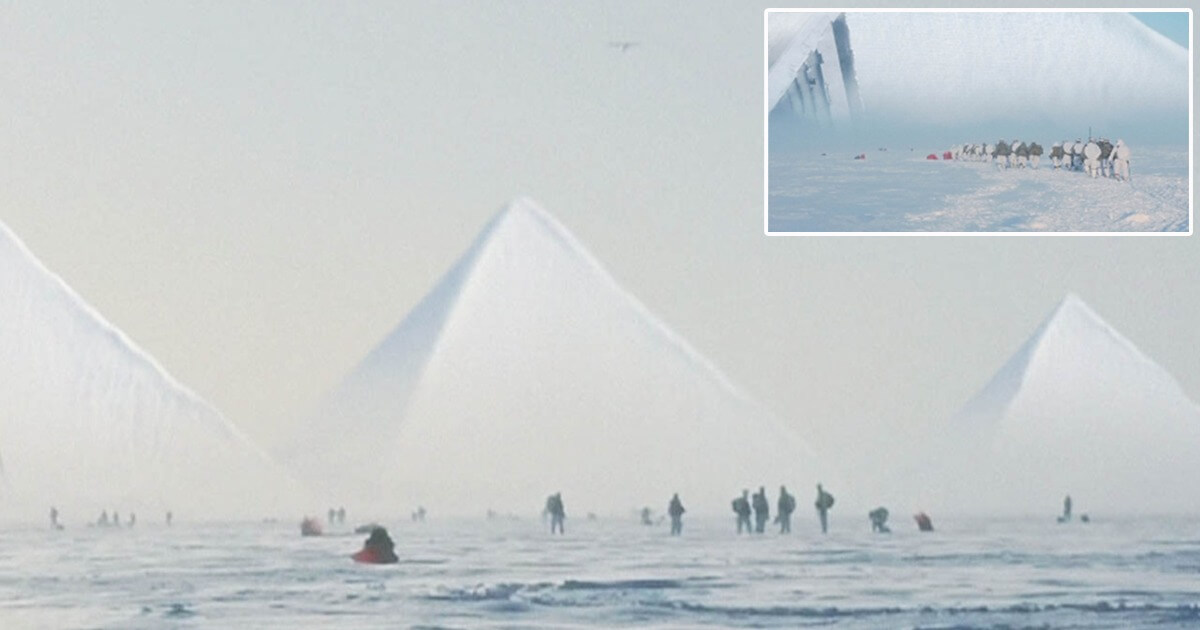 Back in 2012 a team consisting of European and American scientists came across three pyramids in Antarctica.

While they were getting ready to enter the first of the three though their audio and video instantly lost contact with their base and so they were completely in the dark exploring the pyramids. Some believe that this was all made up as a cover-up so they can explore the pyramids without having to report any of it to their leaders, but none of it’s been confirmed as of yet.

A video was recently leaked however of their expedition, which you can find yourself down below. According to the ever so popular Piri Reis map, Antarctica used to be a green continent before climate change took its toll on it. Although it has been dismissed a lot of times by experts because it completely contradicts what they believe to be true and whatnot, the Piri Reis map is still an incredible avenue, to say the least. Some believe that these ancient pyramids were built by the same civilization that built the Egyptian Sphinx.

A theory is spreading as we speak which details how the Sphinx is actually at least 10,000 years older than any other pyramid from Egypt. Some claim that the enigmatic Atlanteans built both the pyramids and the Sphinx. What do you think though?