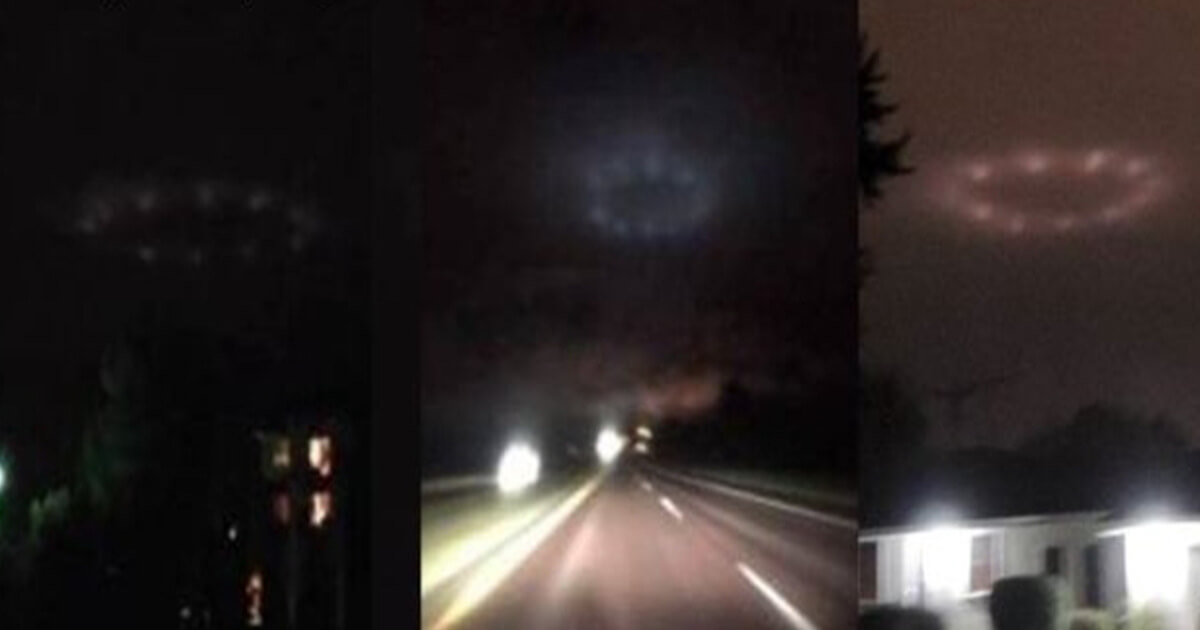 In case you haven’t heard about this strange incident let us bring you up to speed. First off, it was reported back on September 14th as far as we know, as this following massive ring of lights emerged over the Shakopee Archery Range, Jackson Township, and Stillwater from Minnesota.

That’s right, this same anomaly was observed in three different places as far as we could tell and by three different witnesses altogether as they all reported the sighting themselves later on in the same day.

If that weren’t enough to spark your interest you should also know that the same lights were reported on September 30th in Bloomington, Minnesota.

This discovery from Minnesota was reported thanks to a couple that was just driving back home from Minneapolis. For the most part, the day appeared to be going normally until they spotted the strange lights that emerged out of nowhere and headed straight for them.

You can also see the dimmer ring part of it that seemingly connects it all together in the pictures that were taken of it.

There were some skeptics out there that believed that this was all just the moon shining through a cloud and although that might make sense for one of the cases it doesn’t make sense how the locals spotted it in several places at the same time and how the couple actually saw it heading straight for them as they were driving home.