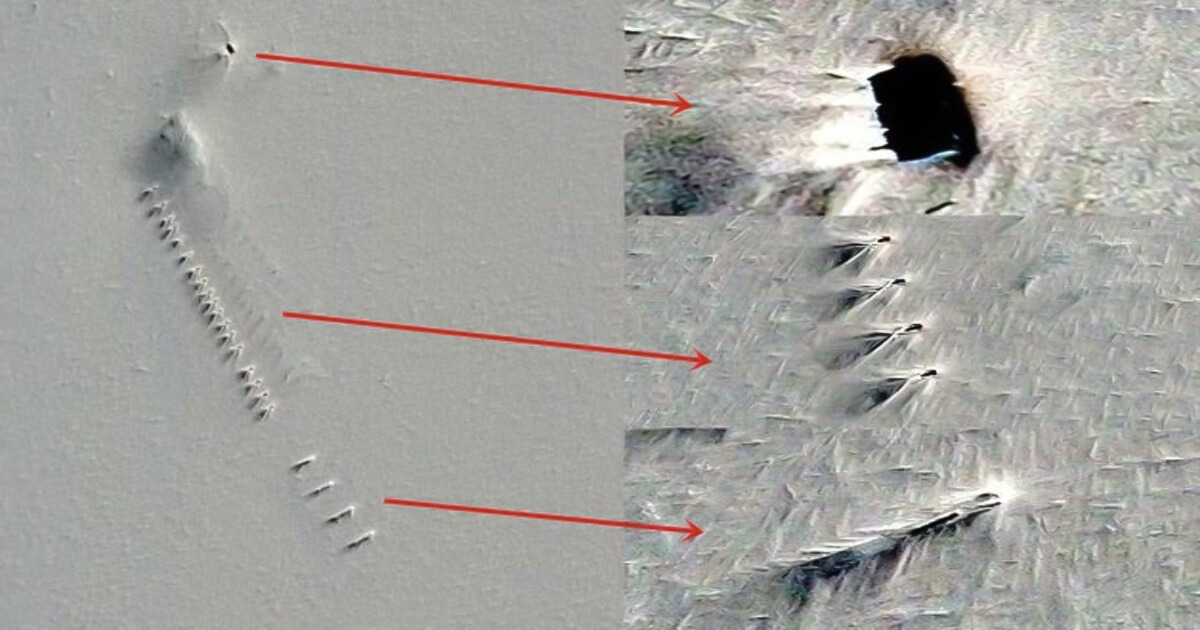 In case you haven’t been keeping up with the news as of yet, Conspiracy Depot has done it yet again, essentially proving the fact that Antarctica is not just a frozen continent after all. The discovery in itself appears to be some sort of a mystery base, unlike anything we’ve ever seen before.

For the most part, the base appears to be a mystery, to say the least as no nation has actually claimed ownership of it so far, and let’s be honest here, none will either. The closest base to it is in Norway around 200 miles away and even so, it’s minuscule in comparison to this one so it’d be downright insulting to even compare the two.

This was all done thanks to Google Earth and as much as we’d like to praise the app, we do have to say that it is suspicious how it did censor out a massive object that seemingly radiates some sort of a blue glow.

The object in itself isn’t the only one around though as we also have several 110 x 10 meters and 80 x 8-meter objects lying around too. This censored out object is around 45 x 22 meters and as far as we can tell it is one of a kind in comparison to the others.