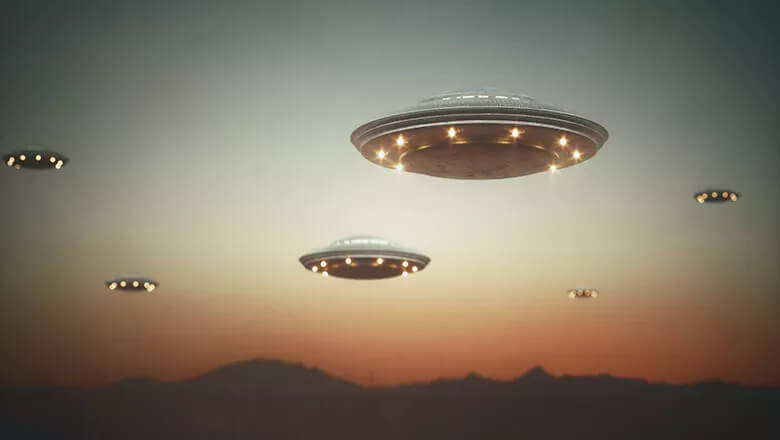 In 1997, some strange lights were filmed over Phoenix and to this day, they haven’t been explained. Now, the skies over Arizona have once again played host to UFOs. DJ Maier and Kerri Burnett captured footage of some bizarre lights over their Mesa home. They noticed an orange orb in the distant sky at 9 p.m. on Sunday and as they watched, other orange orbs fell from it. Burnett told ABC15, “It started moving kind of diagonal across, I was trying to figure out which way it was heading, and that’s when we noticed it started dropping things from it.”

After posting the footage on Facebook, Maier saw all sorts of comments that attempted to explain what they witnessed. Many people suggested it was some kind of aircraft, which makes sense since the Outlaw Military Operations Area is not far away, but the Federal Aviation Administration, the Army National Guard and the local Luke Air Force Base couldn’t say what was captured on the film.

Aviation experts told ABC15 the lights could be parachute flares dropped from an aircraft during some kind of training exercise, but Maier isn’t buying it. He stated, “There were no navigation lights. Even the military has to have navigation lights on. That’s an FAA rule. I know what I saw, and I don’t think it was from here, and I think it was definitely something else.”

For now, like the 1997 Phoenix Lights, these remain a mystery.