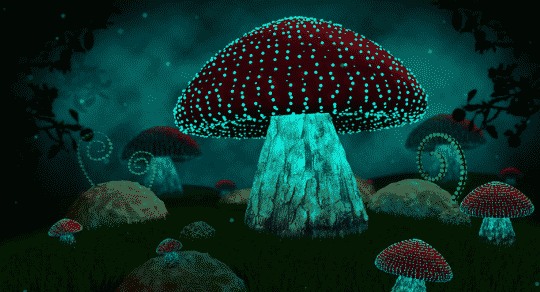 As UFO and alien enthusiasts, we search up and down, across the farthest reaches of the planet, to find evidence of intelligent beings and the spacecrafts they use to maneuver through time and space.

But what if some of the most obvious, and most compelling, proof happened to be staring us right in the face?

This may come as a shock to anyone who hasn’t studied them before, but there is a treasure trove of evidence, both of the current and historical variety, that medicinal mushrooms are not of this world.

These particular mushroom species, ranging from hallucinogenic ones to those traditionally used for medicinal purposes by people of North America, and Europe, and the Far East, are capable of granting incredible mental dexterity, protection against stress, “higher levels of consciousness,” and perhaps even extra-sensory abilities to those who consume them on a daily basis (if ancient Chinese legends of levitating monks are to be believed…There is much evidence from ancient times).

All of this is possible because medicinal mushrooms carry with them properties that are not seen in any other food source on Earth — and it’s a secret that has been passed down from generation-to-generation, that has only recently seen the light of day in modern human culture.

Mushrooms Thrive Everywhere — Even on Venus

In November, 2019, a study published in the journal Astrophysics and Space Science claimed to have uncovered evidence of mushroom-like fungi on the planet Venus.

The mushrooms were able to survive despite the planet’s scorching-hot temperatures of 900 degree Fahrenheit, showcasing the resilience of these alleged alien species that most scientists place in an entirely different category from all other life on Earth.

The study’s author, Dr. Rhawn Gabriel Joseph, said he believes that fungi are the perfect life form to populate extreme environments, such as Venus and Mars.

This study was carried out after photographs surfaced from the Russian Venus Probe Venera-13 in March of 1982.

On Earth, mushrooms are used to create “neural networks” between clusters of trees in forests spanning for miles in any given direction, just part of the reason why many scientists believe they may be alien in origin.

The theories don’t stop there.

Mushrooms also have been the subject of countless studies in recent years to prove their safety and efficacy, including what is perhaps their number one overall benefit —  an increase in cognitive function.

The Big Two for markedly enhanced cognitive function are Lion’s Mane and Reishi.

The third most impactful mushroom for this purpose is psilocybin, aka magic mushrooms, which are illegal in most areas but still being studied for their benefits, including helping people with severe depression, schizophrenia, and many other difficult mental conditions.

According to Terence McKenna’s “Stoned Ape” theory discussed recently in a wildly popular episode of “The Joe Rogan Experience” podcast, these mushrooms became the “evolutionary catalyst” from which language, ]imagination, the arts, religion, philosophy, science and more all came from.

If this is in fact true, it stands to reason that there’s a very real possibility aliens knew of the powers possessed by these mushrooms, and perhaps even assisted humanity by cultivating and doling them out at specific points during our evolution.

From there, the evidence gets crazier—  many ancient drawings from China depict the Reishi mushroom as a halo around the heads of superhuman monk-like figures, who levitate and move through the air like superheroes after decades of meditation and Reishi mushroom consumption.

Whether these drawings were metaphorical or not, one truth remains: Reishi mushrooms are among the most sought-after on Earth for many reasons, and mushrooms hold the key to enhanced human consciousness, on levels scientists are only now beginning to understand.

Mushrooms vs. Coffee: The One Difference No One Talks About

Even though evidence abounds as to the cognitive benefits of medicinal mushrooms, a whopping 64% of Americans drink coffee, and virtually none of them ever question why.

What these coffee drinkers don’t realize is that too much java stimulates your fight or flight response, leaving you stuck in a cycle of ups and downs while sabotaging your own potential to achieve greater states of understanding, overall success in an information-saturated world, cognition and yes, even consciousness.

Have you ever experienced that yourself?  An incredibly stress filled (fight or flight) day after slamming a pot of coffee?

Why not add medicinal mushrooms to your coffee to help take the edge off?

We all know too much stress is not good for us, and it’s NOT easy to avoid overwhelming stress in the year 2020.