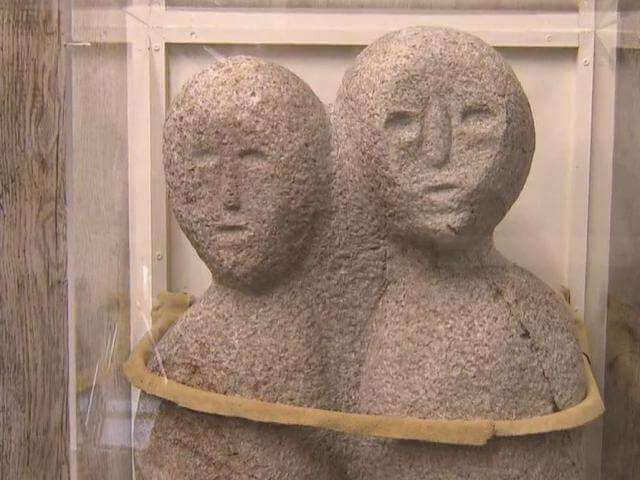 Among native American legends, it is believed that there were strange so-called Moon-Eyed people that had pale skin. It is claimed that they built some of the oldest infrastructures in America.

There are legends about Moon-Eyed people among the Cherokee people, which are one of the oldest civilized tribes in the US. At the time of the arrival of Europeans in the 16th century, the Cherokee had already inhabited Alabama, Georgia, Kentucky, North Carolina, South Carolina, Tennessee, and Virginia in the southeastern United States.

From the very beginning, the Cherokee had special contacts with white settlers, and they were among the five civilized tribes along with the Chickasaw, Choctaw, Shouts, and Seminoles, who at the beginning of the 19th century adopted many of the customs of white-skinned people and established fairly good relations with the neighbors.

They were also considered to be special because of their mysterious legends about the pale-skinned Moon-Eyed people who supposedly once lived in the Appalachians and were expelled by the Cherokee from their lands.

In 1797, the American botanist named Benjamin Smith Barton wrote in his book “New Views of the Origin of the Tribes and Nations of America” about the legends of the Cherokee people.

He also suggested that they were called moon-eyed because their eyes had not been adapted to daylight at all. But in the dark, they navigated perfectly. It was this factor that allowed the Cherokee people to effortlessly expel the Moon-Eyed people from their native lands. After they were expelled, they went to the west and disappeared.

In addition, Moon-Eyed people arrived there in ancient times and built many structures of the pre-Columbian era, but now only ruins remain of them.

Many researchers believe that the largest ancient city of Cahokia is the work of Moon-Eyed people. Currently, only 109 kurgans remain from Cahokia. According to scientists, up to 40,000 inhabitants lived in Cahokia. The reason they abandoned their lands remains a mystery. Only one thing is known: they disappeared shortly before the advent of Columbus.

According to ufologists, the Moon-Eyed people were either aliens or hybrids of humans and aliens. Among the Kuna peoples who live in Panama, the legends also mention Moon-Eyed people who could not see well in the daytime.