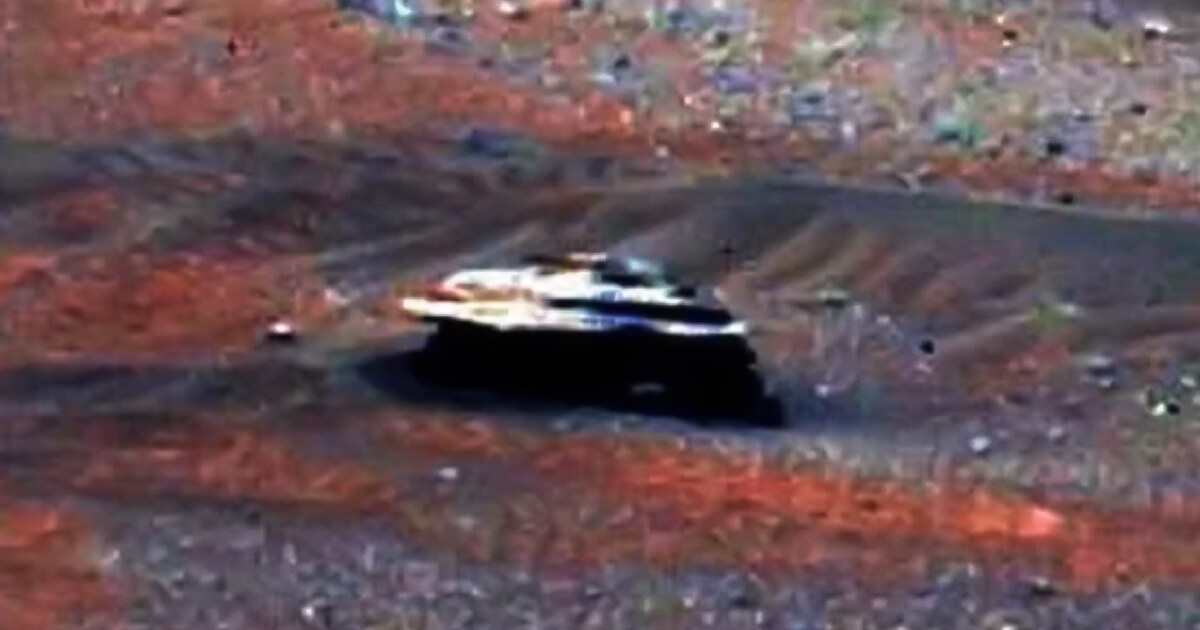 While he was browsing through the latest pictures that NASA released on the internet a newcomer ufologist actually stumbled upon an incredible discovery. According to him, NASA has been editing their pictures to hide evidence of aliens on the surface of Mars.

He spotted an actual metallic spaceship on the surface of the Red Planet, one that had been clearly edited through the use of an application similar to Photoshop or perhaps even Photoshop itself.

By adding in rust pixels NASA allegedly attempted to make the flying saucer appear to be just an ordinary rock on the surface of the planet, but after using Photoshop himself he managed to uncover the truth behind it all.

He supported his claims by showcasing the fact that the pictures are way brighter and clearer everywhere else except for here. Why would this be the case? Because they can’t show the picture without the filtered low quality otherwise it would be even more obvious.

Do you believe in this or is this too much? Do you think NASA is playing us all or are we finally a step ahead of NASA? Leave your comments and thoughts down below.