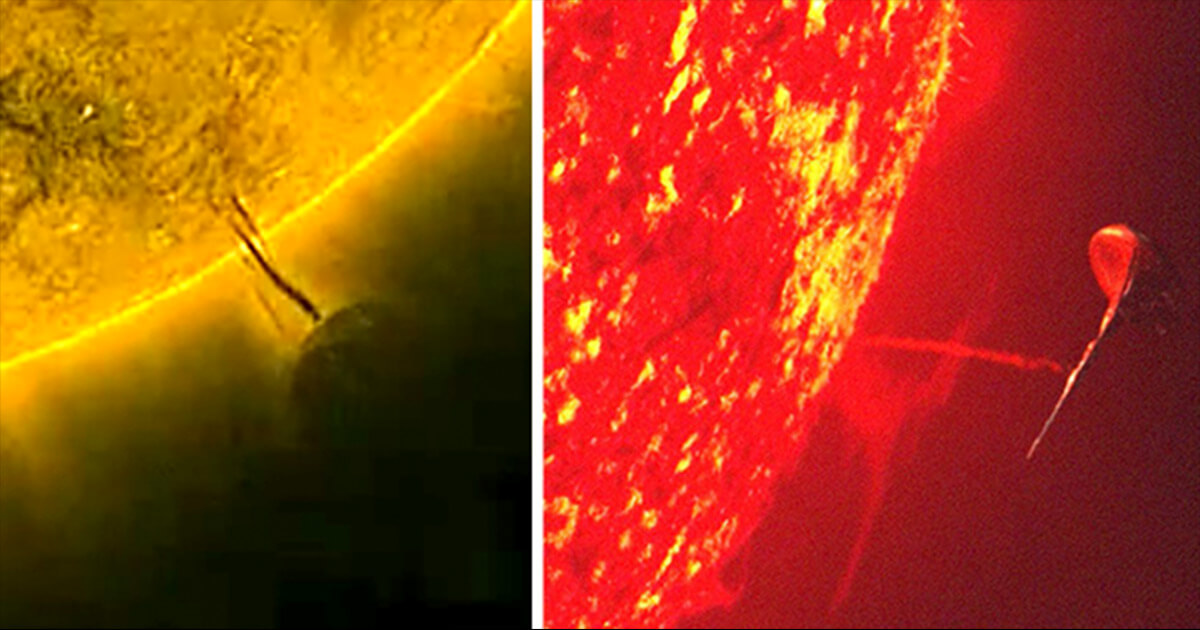 NASA was recently asked during a live interview what were their thoughts about this massive black patch that was discovered near the Sun’s orbit. With Scott C. Waring spearheading the interview you can already tell that the questions were anything but easy to hop around, to say the least.

The picture you can see here was taken by the Solar Heliospheric Observatory so even NASA couldn’t deny its existence but they still tried to chuck this away as just another software glitch for the most part. Experts however aren’t as convinced by this explanation as for the most part everyone believes that this is actually NASA’s attempt at masking a UFO’s appearance near the Sun’s orbit by censoring it out. This is not the first time that a UFO has been spotted near the Sun, there have been literally hundreds of instances captured on camera thus far so there’s no doubt about it that there’s something going on around this.

Scott showcased the fact that these UFOs most likely use the plasma from the Sun to power up their ships which is why they come so close to it at all times.

They even brought up that instead of it being a UFO it could be a creature that is feeding off a star’s energy. The scary outcome of it absorbing all of the Sun’s plasma is that eventually once our Sun is dry we will literally die off within seconds.