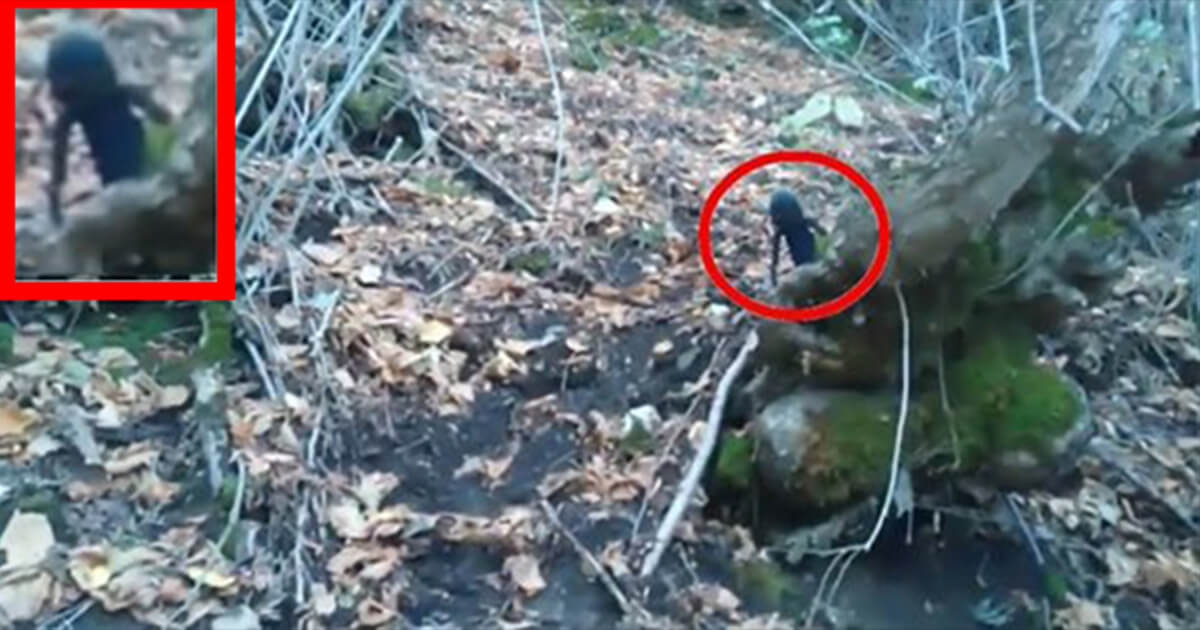 This downright bizarre creature was recorded not too long ago in a forest from Russia and based on the pictures below it should be pretty clear that whatever this species is, it’s quite intelligent, to say the least.

Many believe that based on its size and its intelligent movement it is an intelligent alien life form but there are some that are more inclined to believe that it’s actually a supernatural creature like a gnome or something of that sort. Regardless, the video in itself was filmed last month in Russia and referenced in the article Anthropologist Discovered Ancient Race of Tiny Humanoids.

The creature in itself appears to be around 15 inches tall and although it does have a humanoid head, it’s pitch black and its head is actually a bit bigger than the rest of its body.

Many believe that it’s actually hiding from the cameraman behind the roots of the tree which would indicate that the creature is actually intelligent after all. This is also an unexplored forest from Russia as far as we can tell so it could house a ton of strange creatures amongst which gnomes are definitely a possibility, to say the least.

Regardless, check out the video for yourself, and be sure to let us know what you think about it in the first place.