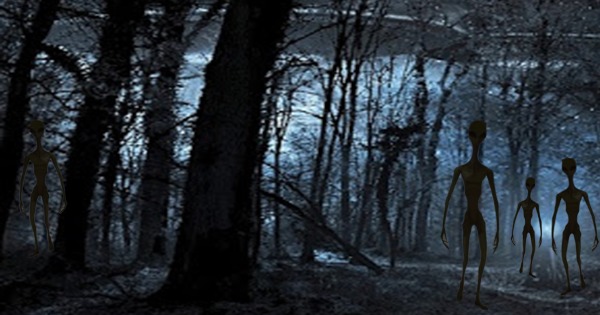 Yet another UFO sighting was reported in Krasnodar, Russia as this time a massive alien ship was seen going across the sky with relative ease.

But that’s not all, as the story goes on further than that to the point where multiple locals also reported having seen several giant creatures come out from the ship and walking around the planet’s surface not caring about being spotted by anyone around. The UFO and the aliens had both been spotted near the village of Vodniki, in Krasnodar, as the authorities were called at around 4 AM by the witnesses that saw the massive ship lying dormant right next to their house.

The aliens were massive according to them, as they were all at least 23-foot-tall, to say the least. They were all wearing rather strange silver suits that resembled those of astronauts.

The police, upon arriving at the scene, decided to do a full perimeter swoop in order to see if any ship really had landed somewhere nearby. Nothing of this sort was discovered here, for better or for worse, but the large amount of witnesses that actually saw the event occur right in front of them definitely makes this a rather strange spotting, to say the least.

The newspapers all stated that no further investigations had taken place here, as the witnesses were all in good shape, with none of them drunk or under any suspicious substances.