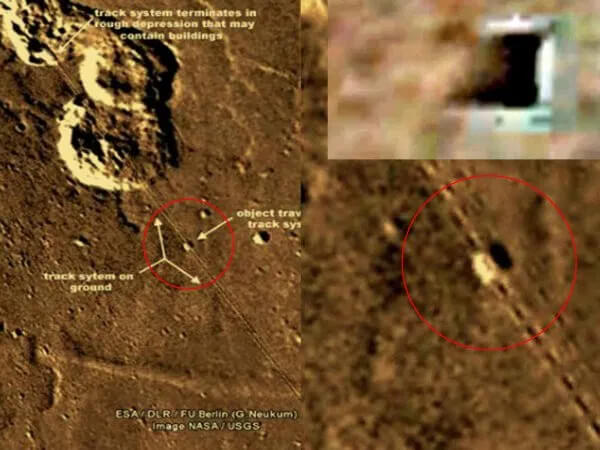 NASA Jet Propulsion Laboratory
NASA’s InSight lander placed a seismometer on the Martian surface to study marsquakes. While it’s found many, it has also detected other kinds of seismic signals, including some produced by the spacecraft itself. That includes wind gusts, InSight’s robotic arm moving around and “dinks and donks,” friction caused by parts inside the seismometer moving against each other as the temperature changes. Put on your headphones and you can hear sonifications of this seismic “noise” recorded on March 6, 2019, the 98th Martian day, or sol, of the mission. Around 2 p.m. local Mars time, the spacecraft’s arm was moving and snapping pictures with its cameras, surveying InSight’s “workspace.” This audio would be too faint for the human ear to heart it on Mars. It’s been sped up by 10 times and processed so you can hear the kinds of signals InSight sends back for its scientists to study.

NASA InSight recorded extraneous noise on Mars. Scientists deciphered the sound and heard the rattle of metal with periodic tapping. Astrophysicists find it difficult to give an accurate assessment of the noise, which cannot be said about ufologists from the USA. They immediately determined that InSight recorded the sound of a running train.

In addition, several rectangles were located on the railway track, which Skipper considered to be wagons. Then astrophysicists ridiculed the ufologist, but recently, his assumption has been confirmed. On Mars, the sound of a traveling train was recorded.

Some cosmologists are sure that sounds from Mars confirm the existence of an extraterrestrial railway.

The InSight module is able to catch the slightest fluctuations in the surface of the planet. According to experts, the device could record the sounds of an underground train. This indirectly confirms the popular ufological theory of the underground cities of Mars.

Many researchers believe that the Martians were forced to go underground because of the cold climate on the surface. Prominent conspiracy theorist Scott C. Waring often finds caves on the red planet, which may be the entrance to the underworld. The Networks have jokingly offered to rename the neighboring planet into “Mars Passenger” by analogy with railway stations.

NASA believes that life on Mars is unlikely possible, and if it is, it is just bacteria in the water. Scientists explain that sounds received from the red planet are the complex relief.

“Mars has mountains and craters like the Moon. Because of this, the sound of earthquakes lasts several minutes,” said an astrophysicist from the United States. Scientists do not comment on the images of the Skipper railway.

In 2011, author and researcher Joseph Patrick Skipper announced to the whole world about a sensational finding on Mars. The ufologist demonstrated images from Google Mars, which clearly shows a smooth long furrow resembling a fragment of the railway.