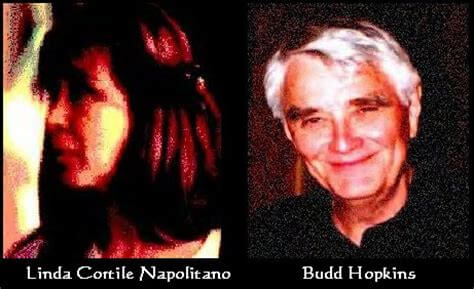 The alleged alien abduction of Linda Cortile is perhaps one of the more well-known of such cases, mainly as it was investigated by veteran UFO researcher, Budd Hopkins. However, it is one specific part of the abduction that is of interest to us here.

Unbeknown to Hopkins when he first took on the case of Linda Cortile – who claimed she was abducted from her high-rise New York apartment in November 1989 – was that several people had witnessed the incident from the ground below.

On the evening in question, two security guards—known as “Richard” and “Dan”—were driving near the Brooklyn Bridge. Their passenger was eventually revealed to be the security-general of the United Nations, Javier Perez de Cuellar. As they were driving, for no obvious reason, the car engine died. When they got out to investigate, they were shocked to see Cortile, along with three strange figures, floating through the air. What’s more, they were heading toward a disc-shaped object. Once inside, the craft made a sharp turn and crashed into the waters of the East River. In an instant it was out of sight below the surface.

Several months before the two security guards came forward with their information, Cortile (under hypnotic regression) had made some intriguing statements. She claimed to Hopkins that the UFO she was in had come to a sudden stop “under the water”. What’s more, she could see out through a window. She would recall seeing general garbage such as soft drinks bottles on the bed of the water. Was she recalling her journey to the depths of the East River?