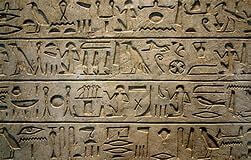 What we currently know about a very elusive phenomenon known as intelligent ETs from other planets and interstellar communication through radio signals, is in the context of our still limited understanding of expressive life forms on Earth. The linguistic ability of an intelligent extraterrestrial being is imagined to be more or less similar to human linguistic systems, or to nonhuman earthly agencies, including plant and animal communications. Biosemiotics has taught us that “human language is the most recent evolutionary part of a vast global web of semiosis encompassing all living things” ). All that is more-than-human also participates in language (understood in a wider sense) and is therefore expressive. Biochemical communication between plants, and between plants and animals, epitomizes this participation. Moreover, microorganisms, like bacteria, are also active players in this global web of semiosis as they use chemical signaling molecules to communicate with one another, which is termed quorum sensing language. In a way, all life forms are endowed with an inherent capacity to communicate meaningfully with their own kind as well as with other beings and things, thus inhabiting an articulate environment. To hear how plants speak, eco-philosopher Michael Marder suggests that we must leave “plenty of room for the untranslatable (and hence, the unspeakable)”

Plant communication in his view is based on modalities that do not “impose specifically human voices, categories, and discursive molds onto the vegetal world” (105). The question here is: Is it possible to apply such modalities to interstellar communications in the galaxy?  Douglas Vakoch states that “to have any realistic chance of comprehending” extraterrestrial intelligence, “we can gain much from the lessons learned by researchers facing similar challenges on Earth” (xiii).  However, this is not an easy task, because even if we do not impose specifically human categories in decoding messages we receive, or sending ours, human knowledge is always situated knowledge and thus is entirely earth-centered, which makes us inevitably biased by cultures and technologies that might inhibit us seeing things from radically different, and especially from otherworldly perspectives.  So how can we imagine ourselves communicating with some intelligent life form that is quite literally the radical Other whose acoustic frequencies, or forms of communication that are not verbal   may exceed both human and more-than-human meanings?

Although we dwell “within a community of expressive presences,” as David Abram wrote eloquently in Becoming Animal, “that are also attentive and listening to the meanings that move between them” (173), we haven’t yet fully understood their language, and we cannot assume that intelligent life forms from distant stars follow the same pattern. Intelligent aliens may be participating, again in Abram’s words, “in the mystery of language” (172), and listening and attending to various signs and signals transmitted by human cultures, but may not be wholly cognizant of the mindset of human species. Or, as Vakoch reasons, considering that “even a signal traveling at the speed of light may take centuries or millennia to reach its recipients … interstellar communication may be a one-way transmission of information, rather than a back-and-forth exchange” (xvii).  If, on the other hand, intelligent species in the galaxy are technologically more advanced to make interstellar communication possible in a back-and-forth exchange, shouldn’t it be logical to conclude that they should be the ones to establish meaningful contact in ways that human beings can understand, or decode our messages?

In the indeterminate condition of the evolution of intelligence beyond Earth,  imaginative leaps will be necessary on our part to accept the unfamiliar through multiple practices of knowing, from learning the language of earth agencies and co-existing with them as humans to decoding interstellar messages. Understanding intelligent messages from space requires what the editors Heather Swanson et al., of Arts of Living On a Damaged Planet call “arts of imagination” as well as “scientific specifications” . This however leads to another problem. We may be ready for multispecies kinship on Earth but not for intimacies of alien species, which opens up the question about whether or not we want to communicate with aliens before we fully recognize our complex entanglements with nonhumans here. Maybe speculating about alien intelligence enables us to take a step for “slowing down to listen to the world—empirically and imaginatively”.

The search for the radically Other may shed light on our relations with the more-than-human world. As METI Advisory Council member Carl L. DeVito has asked in his blog article, “Alien Intelligence”: “shouldn’t we give more thought to the human side of the endeavor; to how this endeavor affects how we see ourselves?” In truth, we first have to learn, to quote Heather Swanson et al., “how to move beyond the exclusions that blocked our attention to cross-species entanglement”. To make a leap forward, we as humans first need to foster the arts of co-existing with and noticing the language of nonhuman species and their stories on this fragile planet. And, as Scott Slovic underlines it well: “language does matter … in our efforts to communicate about … our deep attachments to the more-than-human world